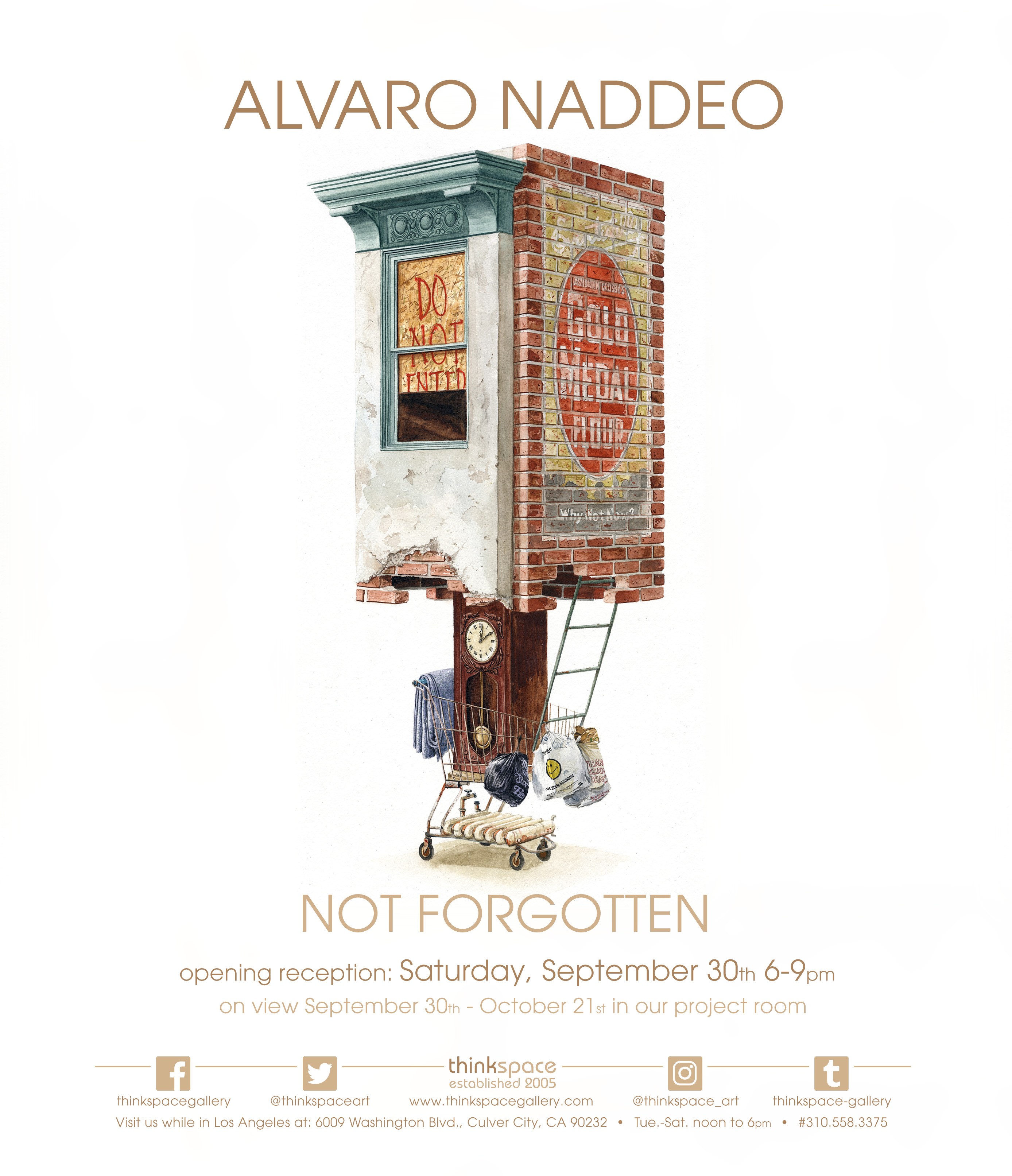 Concurrently on view in the project room is Not Forgotten, featuring new works by Los Angeles-based Alvaro Naddeo. Originally from São Paulo, Brazil, Naddeo is a self-taught painter whose work explores all manner of objects drawn from the various urban environments that have shaped his memory and imagination. Autobiographical in nature, the work contains symbolic references to his own nomadic past and his transitions through the landscapes of several different cities and countries.

Much of Naddeo’s work focuses on his societal concern over rampant consumption and waste, as well annexation and poverty, depicting accumulations of objects and detritus drawn from the city. Not Forgotten is Naddeo’s first solo exhibition with the gallery. A 20-year veteran in advertising and art direction, Naddeo has reapplied himself to the creation of his own work after a substantial hiatus. Creating primarily with watercolor on paper, the level of detail he can convey captures the humanity of these inanimate urban remnants with true soul, tinged with a subtle feeling of melancholy and loss.