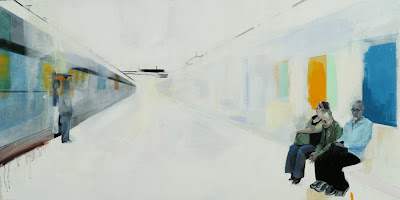 An interview with Brett Amory
Brett graduated from the Academy of Arts in 2005 and has shown his work all over the country. In 2006 Brett along with five other artist published a book called ‘Convergence’ and had book signings in New York, Los Angeles and at the SFMOMA in San Francisco. Amory currently works as a graphic designer at an environmental company in San Francisco and continues to show his work in galleries across the country. 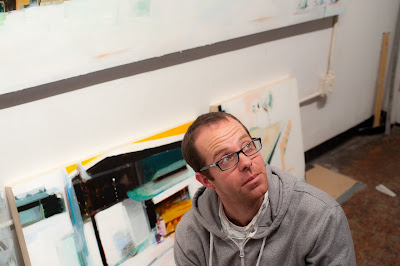 Please talk a lil’ bit about the general idea/vibe behind your new series of works for Fecal Face’s special “In-N-Out” exhibition series.
I will be showing 12 paintings. Eight of the paintings are from a dream I had which tell a story of a girl that is stuck between our world and the spiritual world. In the end her spirit is set free. The other four are from the ‘Waiting’ series. 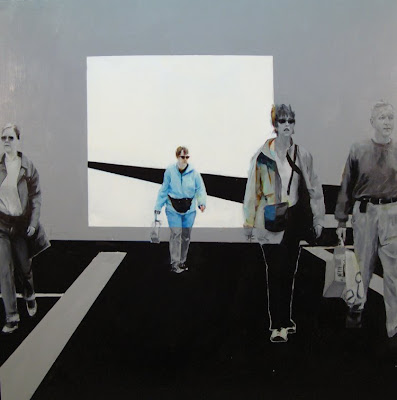 Speaking of, your recent ‘Waiting’ series (pictured throughout this interview) is just stunning. What led to this series and inspired you to capture that moment of ‘waiting’?
Thank you. I started the ‘Waiting’ series in 2000. I was working in Emeryville and living in San Fran, so I was commuting via bart. I became really interested in how people looked in the morning especially on monday after the weekend. I noticed how everyone seemed to be somewhere else, not at all in the present. I also started noticing a disconnect. The bart would be packed shoulder to shoulder but there would be no communication and minimal eye contact. Back then the series was all about bart and I was taking a more traditional approach to painting. It was more paint what I see or what the photograph detailed. I stopped the series in 2003 and experimented with a few different types of mediums and styles of painting. In the summer of 2007 I came back to the ‘Waiting’ series but it had evolved from all the experimenting I did. I started thinking more about what’s going on while we wait and why we do so much of it. I thought by stripping out the environment and replacing it with this over steralized graphic world it would come across as being more than just a guy waiting for the bus or someone sitting in traffic. 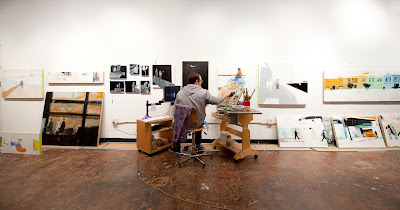 What’s your earliest memory involving art or creating art?
I remember painting with water color when I was around three. I did a lot of art when I was really young but forgot about it when I started skateboarding. I didn’t pick it back up until I was 21. 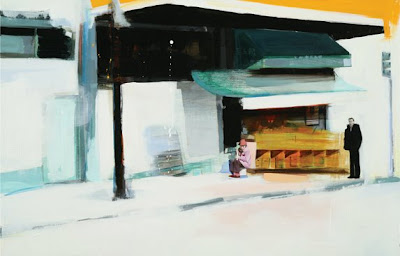 When are you most productive / when do you normally work on art?
I love painting as soon as I get up. Unfortunately I have a 9-5 monday-friday job so I only get to paint in the mornings on the weekends. Right now I paint whenever I can. I Usually start around 7 pm or so and go till 1:30am. 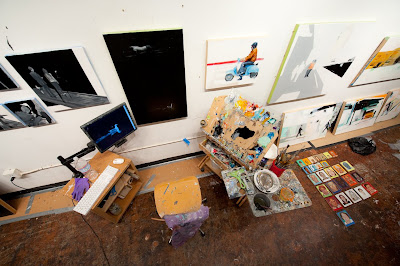 Please tell us a lil’ something about yourself that someone would never guess in their wildest dreams.
I used to be a coin/antique collector. 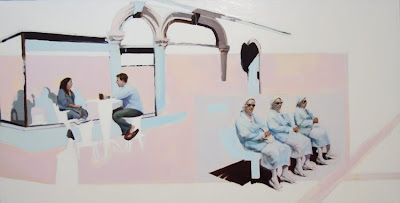 Do you listen to music while painting/drawing? If so, do you have a current favorite that inspires?
I’m a little manic when it comes to music while I paint. I’m constantly switching my playlist based on my mood and what I’m working on. Lately I’ve been listening to Amon Tobin, Boards of Canada, Mouse on Mars, Matmos, Sonic Youth, Zu, Slayer, Black Flag and Hugh Mundell. 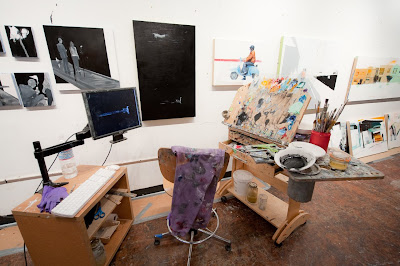 If you could stand by and watch the creation of any piece of artwork from over the years, which would it be and why?
Damn, thats a hard question. I guess it would have to be one of Antonio Lopez Garcia‘s paintings probably “View of Madrid from Capitan Haya“. He has a very honest approach to painting. He paints everything from life and works in seasons. He spends up to ten years on his paintings. His paintings are f#cking amazing and he has to be one of the best artists ever.

What do you consider your biggest overall influence?
My family and friends are my biggest influences and main source of inspiration. I’ve learned more from the guys I went to school with and continue to hang out with than any book or teacher. Studio visits are rad. 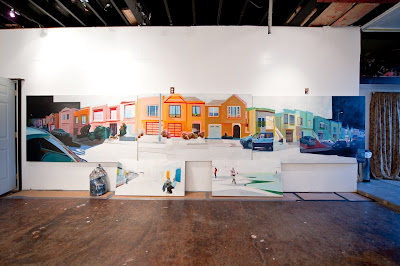 You were included in the book ‘Convergence’ alongside Mars-1, Oliver Vernon, Damon Soule, Nome Edona and David Chong Lee. How did the book initially come about?
I’ve known David Lee for about ten years. He was one of the first artist I met and really look up to. I had classes with Mario (Mars-1) back when I was just starting out. We’ve been friends ever since. When they were putting ‘Convergence’ together Mario asked me if I wanted to be apart of it. I looked up to all those guys so of course I was in. 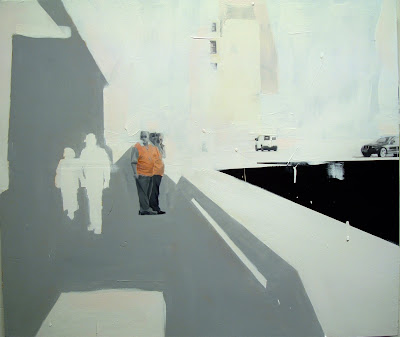 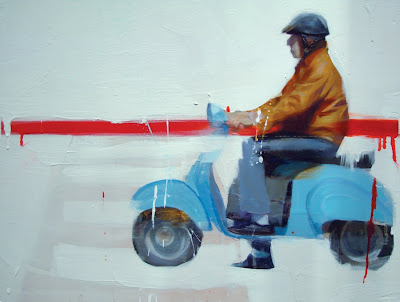