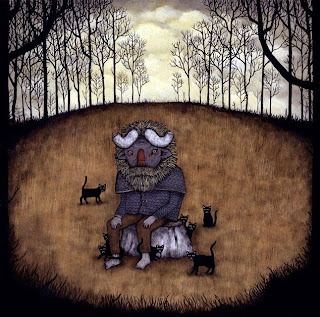 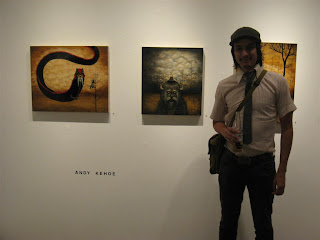 Andy Kehoe recently opened his new show alongside his brother Ben and good friend Hiro Kurato at Black Maria Gallery out in Atwater Village. Andy is shown above in front of his works (and an add’l shot of some of his works is below). His new works for this show finally made the transition to all oils after slowly branching over from acrylics over the past year. The new series was just beautiful – be sure to hit up the show before it comes down on November 15th… check out the gallery site for full details at http://www.blackmariagallery.com/ 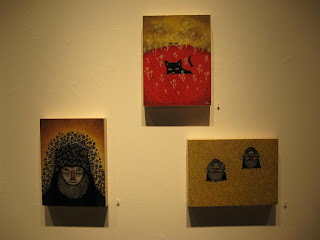 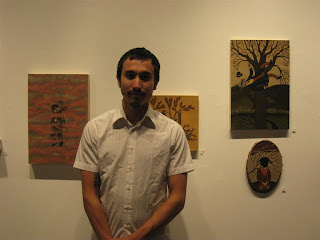 Andy’s brother Ben (shown above in front of some of his work from the show) really stepped things up a notch for this show and we were really impressed with his new work. Below is a shot of a couple of add’l pieces from Ben that were incased in clear, thick slabs of plexi… 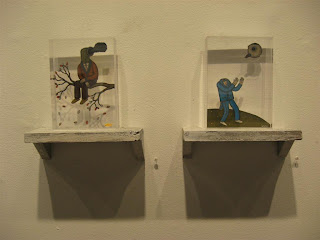 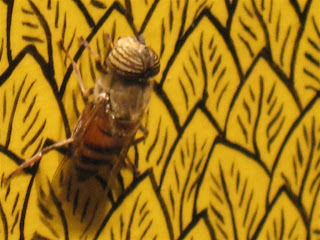 Look for Andy Kehoe’s second solo show with us coming up December 2009. His waiting list is already building, so shoot us a mail today to contact@sourharvest.com to request to be added. In the meantime, we await his May solo at Jonathan LeVine Gallery in NYC.
Keep an eye on Andy Kehoe via his blog at:
http://andykehoe.blogspot.com/