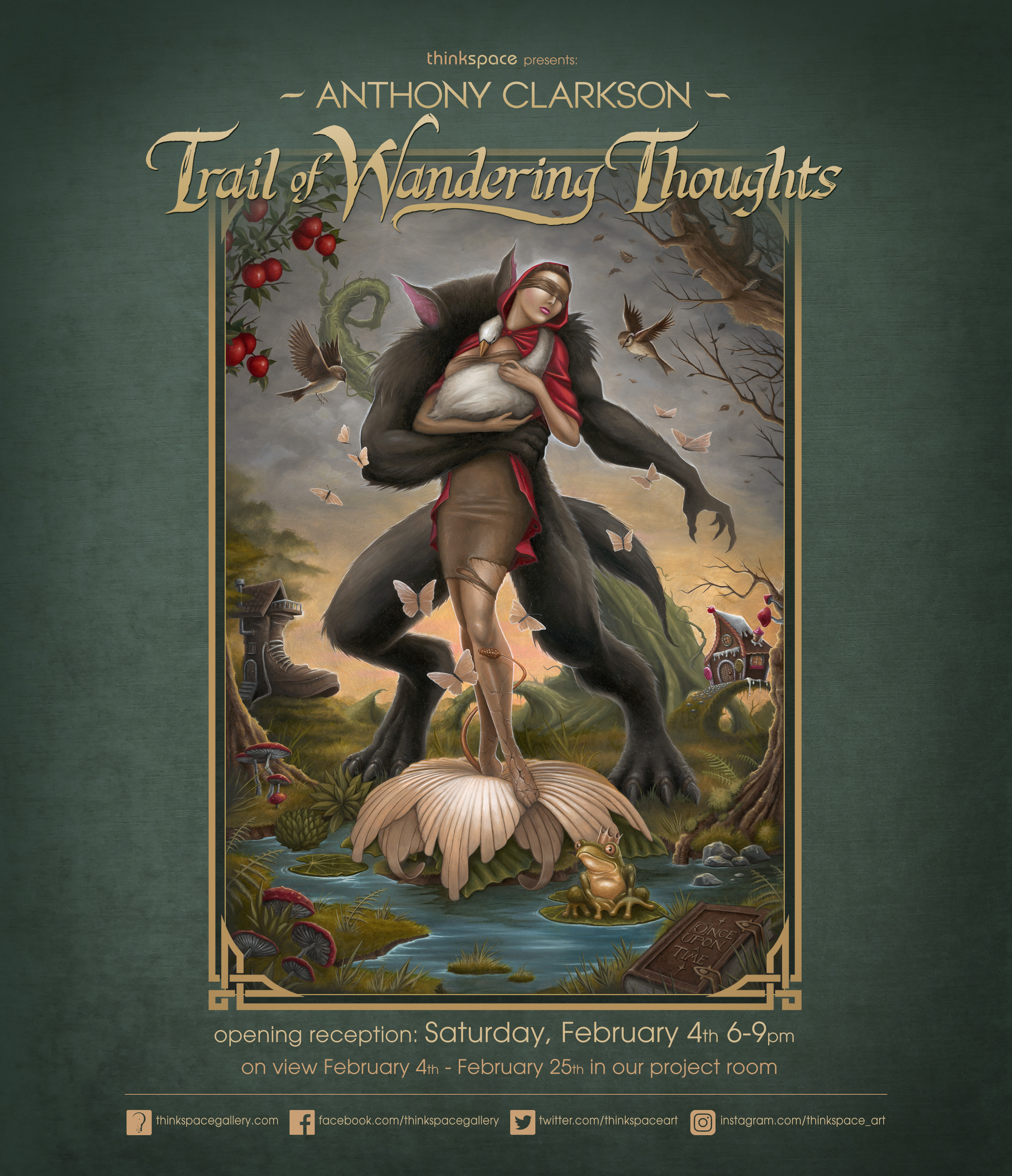 Concurrently on view in the Thinkspace project room is Trail of Wandering Thoughts, featuring new works by Anthony Clarkson in his fifth solo exhibition with our gallery. A painter, designer, and illustrator, Clarkson has worked extensively in the music industry, designing album artwork for prominent bands as the lead graphic designer of a well-known Los Angeles record company. In 2005, he began exhibiting his own work and focusing on his fine art career, returning to the expressive stream of consciousness style to which he had always gravitated.
Clarkson’s oil paintings are ghostly and surreal – dreamlike meanderings through eerily cast dimensions. Stylistically dark, they feel like haunted eruptions of the subconscious. Combining character-based narratives with the unexpected juxtaposition of suggestive symbols and absurd elements, they create jarring nightmarish figments and provocative associations. At times playful and others nihilistic, his works are graphically and illustratively inspired to elicit a gut reaction.