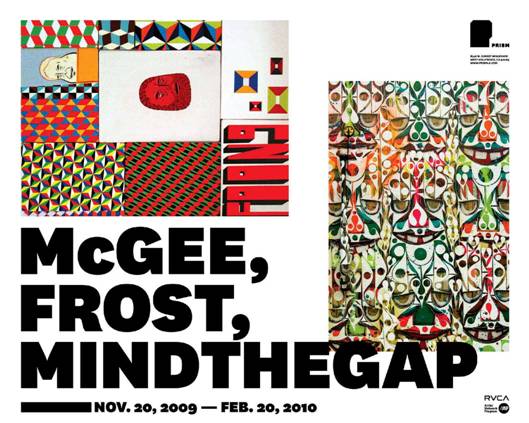 23-year-old gallerist PC Valmorbida recently made the move west from NYC and has just established the new PRISM Gallery. Situated right in the middle of the heavily traveled Sunset Strip, the gallery is set to present its debut exhibition this month with works from 2 urban art icons – Barry McGee and Phil Frost.

With assistance from PM Tenore and RVCA Artists Network Program, the debut exhibition, titled “MindTheGap”, will highlight the disparity of definitions between so-called “high concept art” and the art of the “lowbrow movement”. For years, works by both Frost and McGee were visible to passerbys on the streets of San Francisco and New York. Only recently has the mainstream art community started to embrace both artists.

Housed in a futuristic space designed by PATTERNS architects Marcelo Spina and Georgina Huljich, the PRISM’s “MindTheGap” Exhibition will be open for private preview on Thursday, November 12th, followed by a public viewing on Friday, November 20th. The exhibit will be ongoing till February 20th, 2010.