Also be sure to check out Unurth’s extensive collection of ROA pics here:
www.unurth.com/index/filter/Roa

Dabs Myla are EVERYWHERE. Jet Set Graffiti teamed along with the duo when they recently did a wall in downtown LA as part of the LA Freewalls Project.

The good folks over at Arrested Motion were down in force last week during Art Basel in Miami, FL. We were so slammed with the action over at Aqua Art Miami, we didn’t get much chance to swing through and check out all the ‘Primary Flight’ action that was going off in the Wynwood district.

Check out the amazing mural from Dabs Myla coming together at the link below:
http://arrestedmotion.com/2009/12/basel-week-miami-09-dabs-myla-primary-flight/

And be sure to roll through Thinkspace tomorrow night for ‘Earthquake Weather’ featuring a half dozen new works including an amazing collaboration with the one and only Greg Simkins.

Speaking of Craola, if you didn’t check out his interview yet with Dabs Myla over at Juxtapoz, check it out here: http://www.juxtapoz.com/Features/dabs-and-myla-interview-by-craola

Check out the works featured in ‘Earthquake Weather’ here:
http://www.thinkspacegallery.com/2009/12/project2/works.php

Please shoot a mail to contact@sourharvest.com if you are interested in any of the works in the show 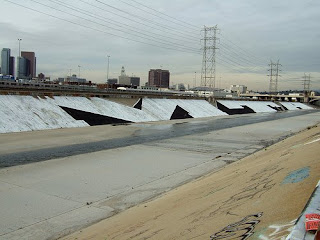 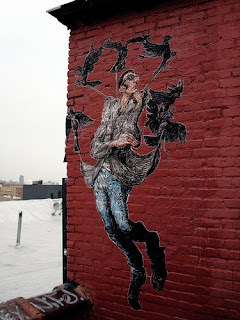 ELBOW-TOE has been at this street art game for a long time, and Jet Set Graffiti recently joined him as he discusses his perceptions of street art, studio art, and the way that both aspects of his work relate to each other. From his raw paste-ups on the street, to his intricate and highly detailed collage work inside, his work is unsurpassed in both talent and emotion.

Look for ELBOW-TOE with ARMSROCK (also interviewed recently by the Jet Set folks) at his upcoming show at Thinkspace opening on December 12th… more soon.