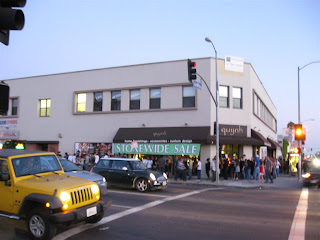 Crazy 4 Cult 2 opened last night at Gallery 1988 and drew a huge crowd, not to mention a line that went on for two blocks… many celebrities were out as well and Kevin Smith could be easily approached out back where the ol’ movie trailers were being projected onto the back of the building…. 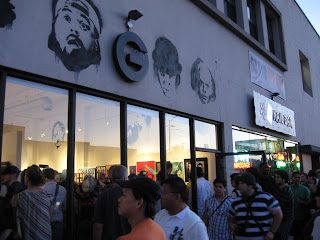 Below I’ve posted some favorites from the show, past those we already previewed earlier… Chet Zar‘s Dawn of the Dead piece below was amazing… 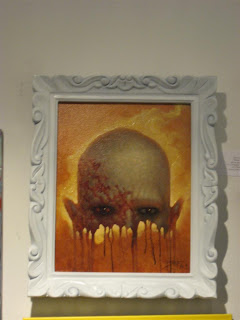 The Office Space piece below had me smiling for a good bit… so amazing, right down to the calculator watch! 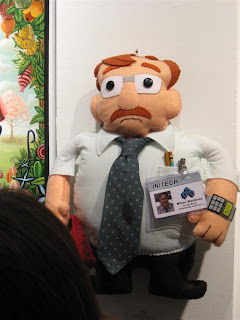 Cherri Wood rocked it and was one of the first sales of the night (see below). Look for a full show with Cherri in our project room next April. 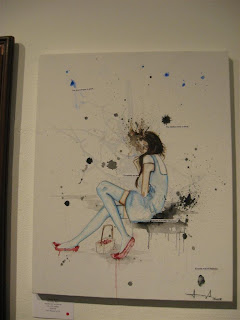 We threw up a sneak peek of Anthony Clarkson‘s other piece for the show, but below is his Donny Darko inspired diptych that was also another of the first sales posted from the show. His solo is in our project room next February and he’s already working away on numerous pieces. 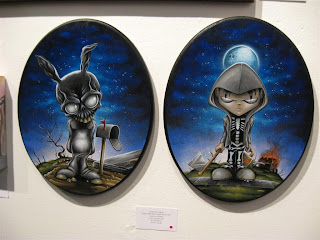 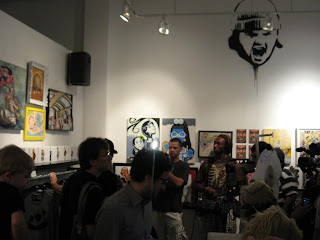 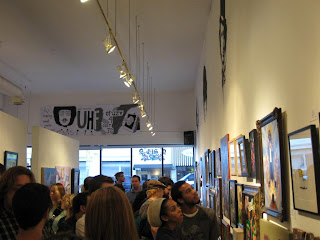 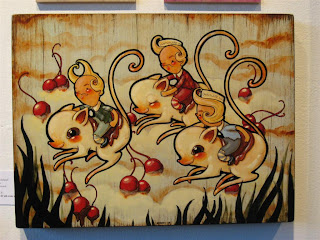 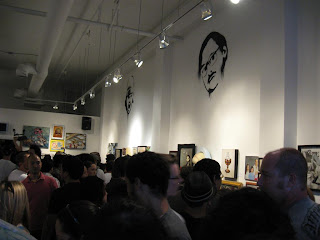 Sarah Joncas‘ Bladerunner inspired piece had many diggin’ deep to call out the reference (of course they could have just looked at the tag, but saw a lot of folks trying to guess before looking which was pretty cool to watch go down)… look for Sarah’s debut LA solo show next June. 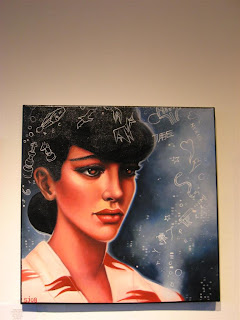 Shepard Fairey took part again this year and knocked out another Them inspired work… one of the largest works in the show and a steal at $11K. The sneak peeks posted of his upcoming SF show are just next level, nice to see that he’s continuing to push himself. 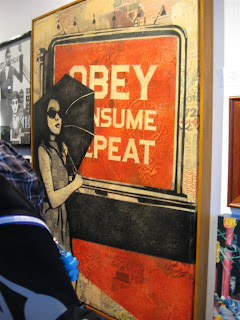 Colin Christian‘s work below really drew a crowd and had folks trying to figure out his method… and as you can see, fans of all ages were coming through the gallery for the opening. 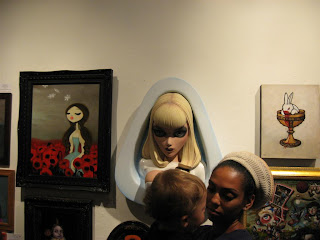