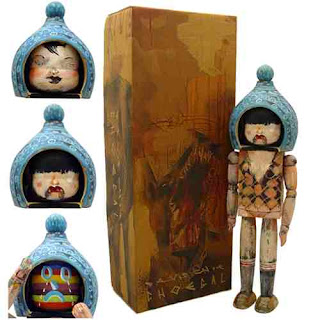 Tonight was the signing at GR2 for the long awaited wooden Choegal figure from David Choe. Limited to only 1,000 pieces, it features mechanical parts and has three facial expressions (happy, sad, angry). All are hand-painted, so no two are different, though not by Choe himself. 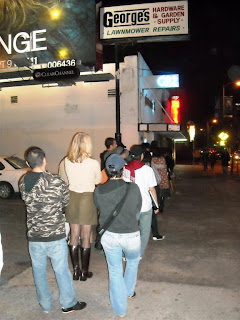 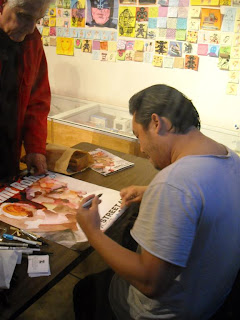 Choe was signing anything and everything, taking his time for each fan as they waited patiently in line, some for well over two hours plus. In addition to the Choegal, GR2 also had a new limited edition skateboard deck on hand that many were picking up, as well as the new issue of Giant Robot which Choe graces the cover of. Below he can be seen working on a sweet whale drawing that the owner was going to go get made into a tattoo… 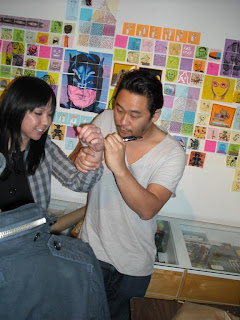 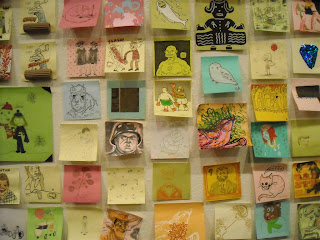 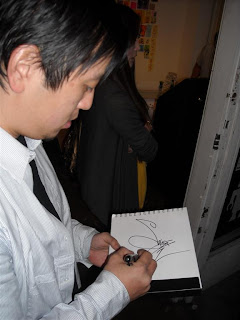 If you weren’t lucky enough to roll through GR2 this evening, you can pick up the new Choegal from Ningyoushi here.