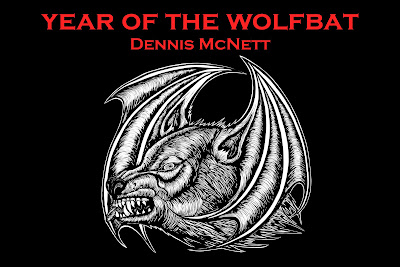 Dennis McNett will be trekking across the U.S. from New York to the west coast beginning in July. He has a few special shows and works shops along the way and we’re honored to be hosting one of them coming up in August. 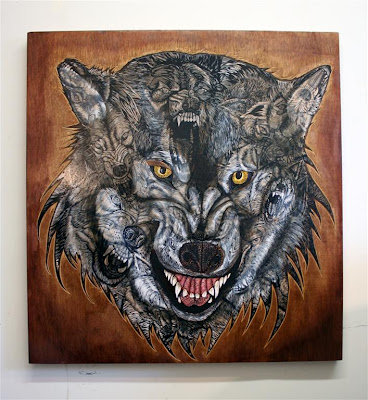 Space 1026 – Philadelphia, PA – opening October 2nd (installation up for the month of October) 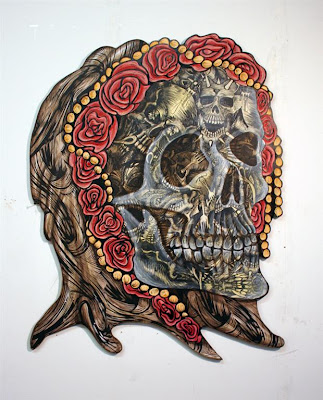 Dennis McNett was born in 1972 and grew up in Virginia Beach, VA. He moved to New York in 2001. He has been carving the hell out of surly block prints for over 17 years. All of his encouragement as a young kid came from his blind grandfather, who told him over and over again that his drawings were good. Later influences came from the raw high-energy graphics pouring out of the 80’s skateboard and punk rock scene. Dennis has been fortunate enough to show work both nationally and internationally, design board graphics for Anti-Hero skateboards, design shoes for Vans, participate in the Deitch Art Parade, and do collaborations with Cannonball Press. His work has been featured in The New York Times, Juxtapoz Magazine, Thrasher and Complex Magazine. He holds an MFA from Pratt Institute, where he now teaches as a printmaking professor at the graduate and undergraduate level. He wants to live until he dies. Breathing is good. 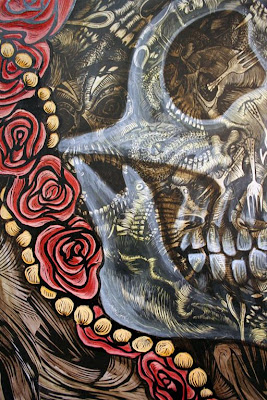 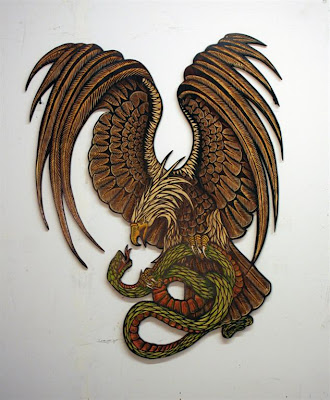 Sizes range from 4 foot by 8 foot tapestry size woodcuts to smaller 8″ x 11″ lino-cut prints… and print prices will range from $1,500 to $10. Also on view will be several one-of-a-kind drawings, collages, masks and sculptures. 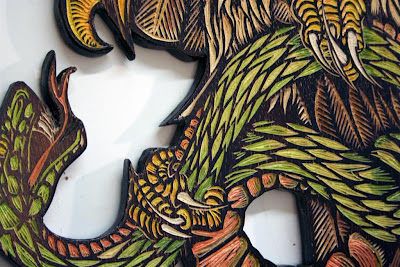 Look at that carved detail… these pieces sceam to be viewed in person this August. 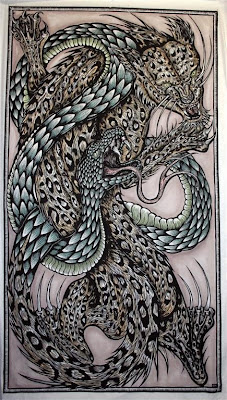 Examples of McNett’s beautiful wood cut block prints (above & below)