FUTURA‘s “Strategic Synchronicity” show threw a surprise sneak peek show this eve during the monthly downtown Art Walk and drew in a curious crowd. Word should be spreading rather quickly on the location but they asked I not spread the word just yet, so keep your ear to the ground and watch the site (details at bottom of this post). Thursday evening’s sneak peek featured only a small portion of the show and the massive space was all but closed off, as much of the back was still under construction for the show and FUTURA was also still busy creating several works in the back (though out in NYC for the weekend, to return in a couple days to get back to the show)… next Thursday it all goes down. Below, peep some shots of the show… 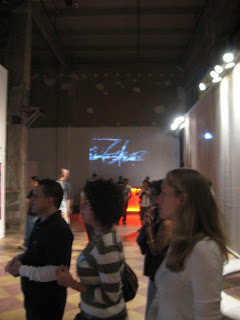 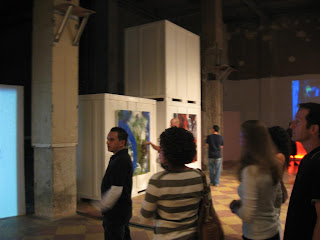 The special sneak peek featured four works on paper exclusive to the evening… each measured about 14×18 and were nicely float mounted – going for a reasonable $2K each – not bad. Images of two of the special pointman works are featured below. 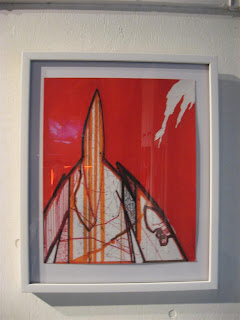 The exhibit features several video installations that are being put together by the one and only Stash – who was on hand fresh in from NYC and I was lucky enough to talk with the man for a bit and he even bombed my sketchbook, so that was worth the trip out to the sneak peek tonight for sure… 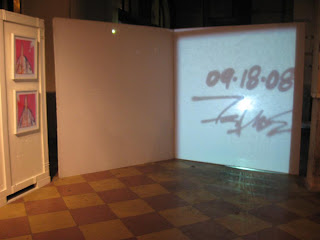 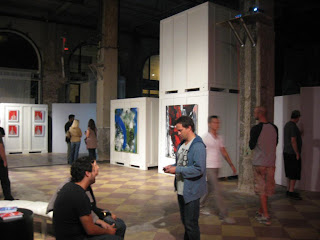 Check out www.madkrunk.com for full details and be sure to RSVP for the VIP opening on Thursday, Sept. 18th in downtown Los Angeles in the heart of gallery row.