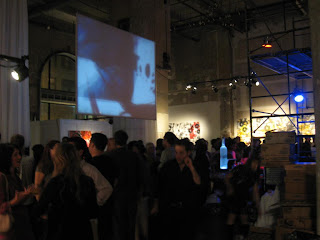 FUTURA‘s big “Strategic Synchronicity” VIP opening was this evening and the place was packed. In the house were celebrities such as Pete from Fall Out Boy and gal pal Ashlee Simpson, Saber, Revok, Estevan Oriol, Dr. Romanelli, Slick, Mr. Brainwash, several local gallery owners, collectors and downtown art scene regulars. Pieces were flying off the walls and at the close of the eve, only a handful remained for this weekend’s public viewing. 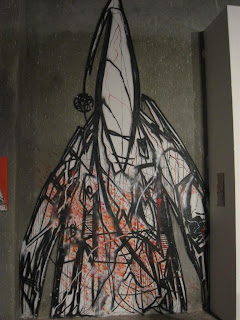 Above is a shot of the massive wall mural install that FUTURA created to greet patrons as they entered the building… while on the right hand side, one of the coolest bars at an opening I’ve seen in sometime… 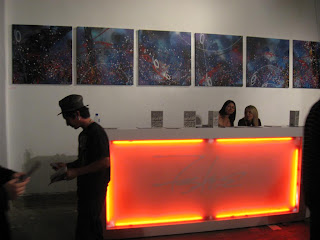 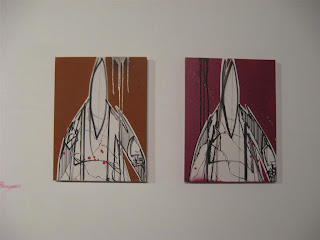 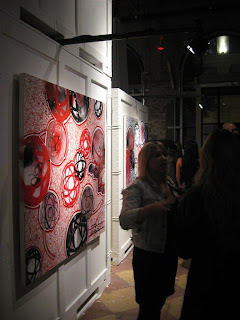 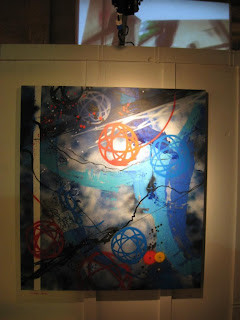 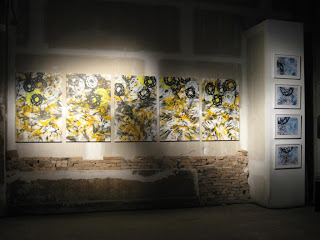 Shown above are works from the ‘Venom Series’… it was around the time I took this photo that I heard word that Project and Cerasoli Gallery would be merging? That’s the word on the streets, not sure if someone has gotten wires crossed with this news or not, but pretty crazy huh? 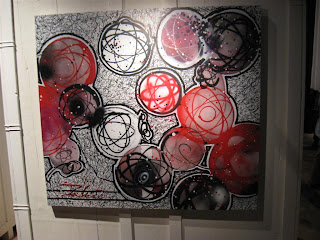 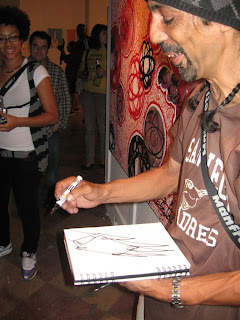 The Krunk guys even put together a super nice lil’ momento for the evening in the form of a show catalog highlighting some of the key works and some great insite from FUTURA. Word has it he’ll be showing over in the UK after this. Those of you in the UK, keep your ear to the ground for that action!
If you didn’t make it out tonight, the show is up through the weekend. Check Krunk’s site for full details.
Past that, hope you all can come on out to East Of Eden this weekend (http://www.edenexhibition.com/). We finished things up this evening and the joint looks awesome. All the galleries really delivered.