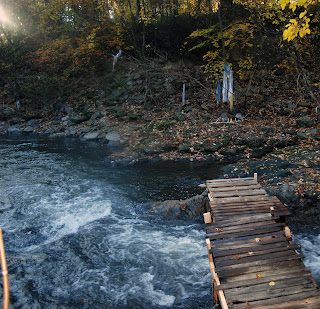 Gaia recently checked in to let us know that he’s in the midst of preperation for our upcoming show together this January (and about 40 of his friends) – the epic From The Streets Of Brooklyn.

“My girlfriend (Rachel Lowing) and I are collaborating on a project that will culminate in three installations, the final one concluding in January for a show at Thinkspace gallery in Los Angeles. The pictures included are from our first piece that was set along the Jones Falls River. We had a little gathering from people at our school before the bridge was washed away with the recent rains.” 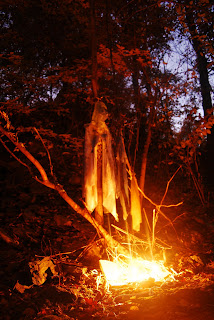 The photos above showcase the bridge the two built that lead to the first part of the installation by the Jones Falls River in Baltimore, and the opening night party/bonfire that followed.
The photos below highlight the focal point of the installation, an extremely time-intensive piece that included a shawl made from hand-made, dried fish skin and a portrait from Gaia printed onto standard consumer grade plastic bags. Fish skins, plastic consumer waste… nature, consumption, infinity? An epic and inspiring idea for an install project to say the least and we can’t wait to see this all come to fruition this January at our gallery. 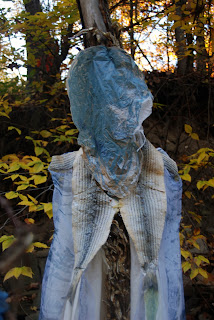 Allow Gaia to further explain:
“The Uroboros Project is a collaborative effort between artists Rachel Lowing and Gaia. Spawned from a mutual interest in articulating the inexorably intertwined relationship between people and nature, we examine the act of consumption and its implications on contemporary life. The urban environment is an organism whose growth is dictated by the symbiotic relationship between the city and it’s inhabitants. It is the ideology and laws of society manifest, yet simultaneously it obeys basic, natural properties of formation and development that is shared by all sentient creatures.
By considering our connection and correspondence with the city, we come closer to understanding the purgatory between nature and culture that defines our internal struggle as human beings.
The project’s title, Uroboros, is derived from a circular symbol depicting a snake, or less commonly a dragon, swallowing its tail as an emblem of wholeness, totality, or infinity.” 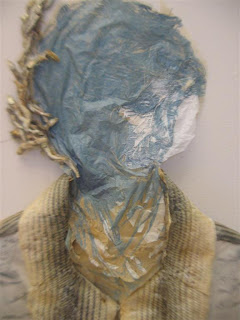 Learn more about The Uroboros Project at: http://uroborosproject.blogspot.com/
And keep an eye on Gaia here: http://www.flickr.com/photos/gaiastreetart/
Mark your calendar now to see this project come to fruition as part of our epic From the Streets of Brooklyn group show this January.
From The Streets Of Brooklyn
Curated by Ad Hoc Art (Brooklyn, NY)
http://www.adhocart.org/