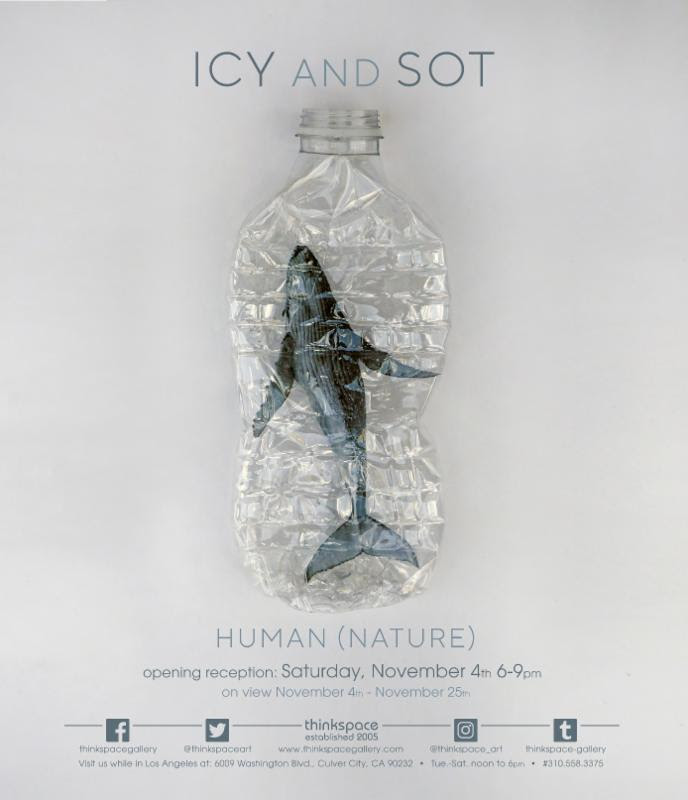 Thinkspace is pleased to present Human (Nature), its first solo exhibition and full gallery takeover by internationally acclaimed Iranian, Brooklyn-based artist-activist duo, ICY and SOT. The brothers, born in the northwestern Iranian city of Tabriz, started their legacy as street artists by producing simple, single layer stencils and wheat pasted stickers in 2006. Throwing them up covertly, and as quickly as possible, wherever they could throughout the city’s less-traveled recesses, ICY and SOT were genuinely tapped into the impermanence of street art as a medium given their interventions would last no more than 24 hours in the highly regulated and censored Islamic political regime. Isolated by the political oppression steadily in place since the Islamic Revolution of the late ’70s, the brothers, and their art grew and thrived under severely impeded circumstances. 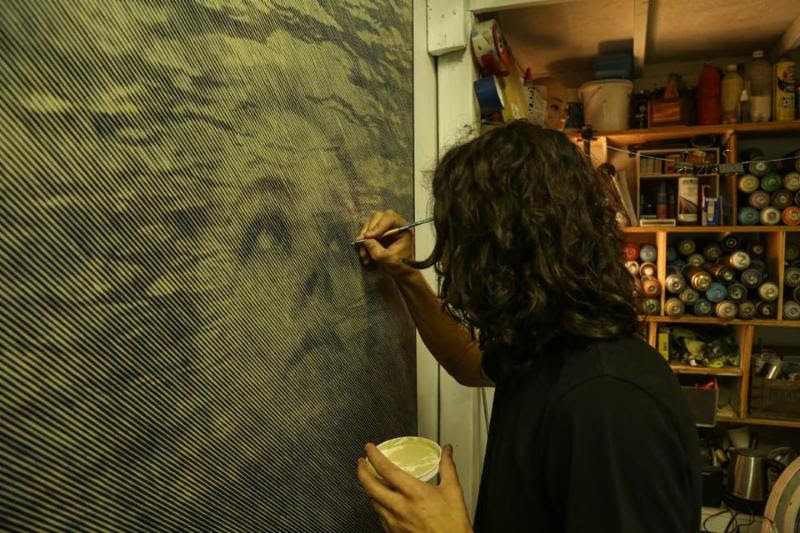 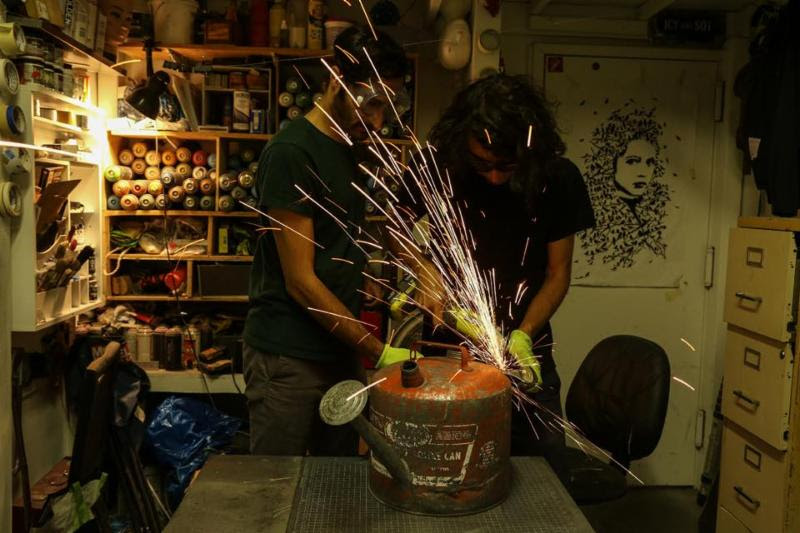 Finally, in 2012 they were granted travel Visas to attend a solo exhibition of their work in New York City, traveling to the US and leaving Iran for the first time. They took the opportunity to immigrate, settling in Brooklyn with mounting legal tensions surrounding their freedom of expression at home, and have since established themselves as thriving, generous, and active members of the artist community there. They have now created work all over the world, delivering poignant and humbling expressions of human pathos and compassion worldwide. Their output is immediately recognizable for its clean graphic aesthetic, reminiscent of print media, their use of elaborate multi-layer stencils, and now photo-based and sculptural works.
Increasing in sophistication and diversity of messaging, the brothers have tackled topics such as poverty, homelessness, women’s rights, gun control, immigration, and climate change, converting the same terse and impactful language they had cultivated as political acts of protest in their home country to gestures of activism worldwide. Their work has richly evolved into several tangential and intersecting adjuncts as they continue to experiment with not only murals and walls, but gallery-based artworks, public interventions, like their advertising takeover series, and site-specific sculptural installations. All executed in the same minimal graphic language, sparse color, through clean impactful compositions. 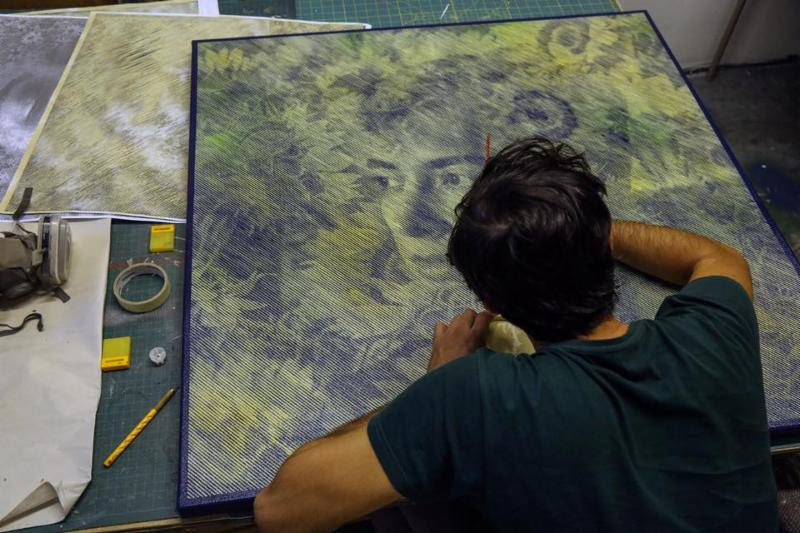 In Human (Nature) ICY and SOT return to one of the most fundamental and widely disavowed plights that face us, globally and universally as humankind – the necessity of nurturing the environment we have steadily marauded and violated beyond repair. Invoking the peaceful balance of nature as a counterpoint to the deleterious effects of human consumption and waste, ICY and SOT want to inspire us all to see the planet’s vulnerability and to make small strides towards productive change and personal accountability.
The brothers continue their inspiring pursuit of truth and personal expression, reminding us with every public emission and imprint left on the world of the real power of art, imagery, and public activism in a world of discouraging desensitization. Now, more than ever, the active cultivation of freedom, mutual respect, and compassion through art is the cultural lifeline we’d all do well to support.