Can you explain your creative approach when developing your installation/solo for the New Vanguard II?

In developing my first solo museum installation, “Suzy Is A Surf Rocker”, I wanted to be very thoughtful and focused with my imagery. I began simply drawing sketches and writing down ideas, as well as collecting objects and ephemera to fill the large amount of wall space I was given. When I had narrowed down the ideas into a definitive, cohesive direction began the process of time management in my studio preparing all of the paintings, objects, photographs, and support pieces. Once I had begun the installation process at the museum the fun really started, but strategic editing had to also take place during the process. I always bring way more of everything than I need for a large-scale installation, and this was no exception! Finally, building what I had envisioned in my mind for months on the MOAH walls was an incredible…and at times exhausting…experience.

In 100 years from now, what do you think will be said about the New Contemporary art movement?

100 years from now I believe what will be said about our movement will be that it has been the most all-encompassing, inclusive movement in history. This movement has the most diverse styles, disciplines, genders, ethnicities, geography, exhibition venues…the list of inclusion goes on and on!  The New Contemporary Movement is the first to have grown up during the internet age…giving an instant platform to artists of all kinds worldwide. This kind of exposure has shone a bright light on artists and styles that would have never seen a glimmer in the past gallery/museum pantheon. This exhibition is a shining example of that fact!

What does it mean to you as an artist to have your work be shown at a museum?

Having my work…and our movement…shown at museums is the realization that all of the hard work of the artists, gallerists, collectors, and fans is being accepted at a whole other level now. Although, it still means almost as much to me to show my work in a local gallery, coffee house, warehouse pop-up, or anywhere that supports current and up-and-coming artists. The wide variety of venues available to new artists has had a huge impact on why The New Contemporary Movement has grown to museum levels.

If your body of work had a signature cocktail or drink, what would it be made of and called?

Oh man!!! I suppose it would have to be some kind of kitschy tropical drink with lots of rum and fruit juice…garnished with pineapple chunks, flowers and a tiny umbrella…and would probably be called “skibs kula’i wai”…loosely translated as “skibs knockout juice”…HA!

Oh, this one is easy…favorite for sure was the people! Not just the people who work in the museum…who were all amazing. The people in the shops, restaurants, bars…everyone was extremely nice and excited to see and meet us while we were out and about in their city.

There are a lot of amazing artists in the exhibition, and this question may be difficult to answer, but which artists in this show would you want to collaborate with on or steal an artsy secret/technique from that you want to use too?

Geez, come on!!!! I guess if I had to narrow down that insane list of talent…I would want to do a collab with Chris Konecki. I think his 3D, mixed media, sculptures, and ambiguously vintage imagery would mix well with my similar aesthetic. I would want to steal some of Jaune’s stenciling techniques…the details and accuracy he creates with that hard edge technique are incredible 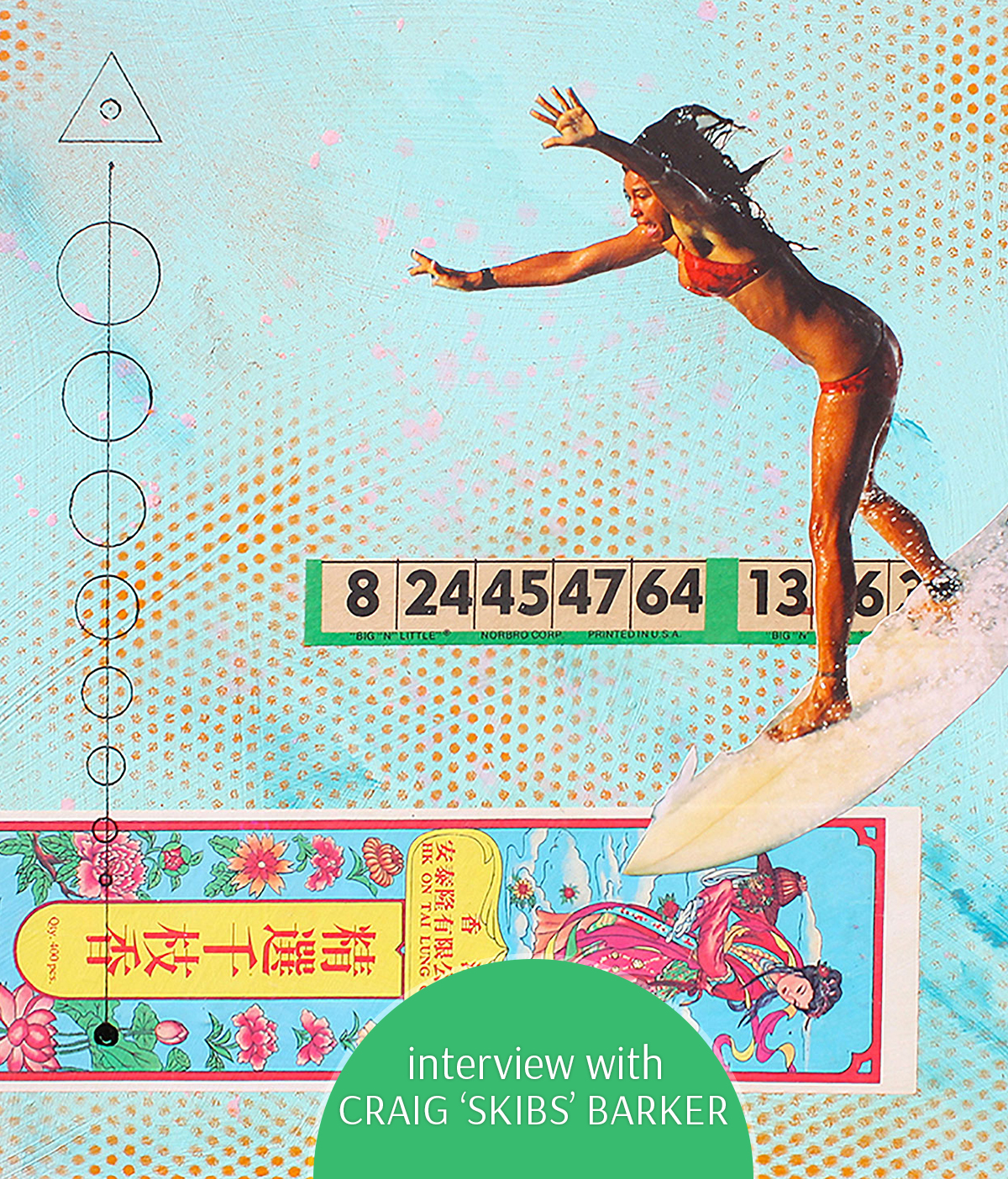