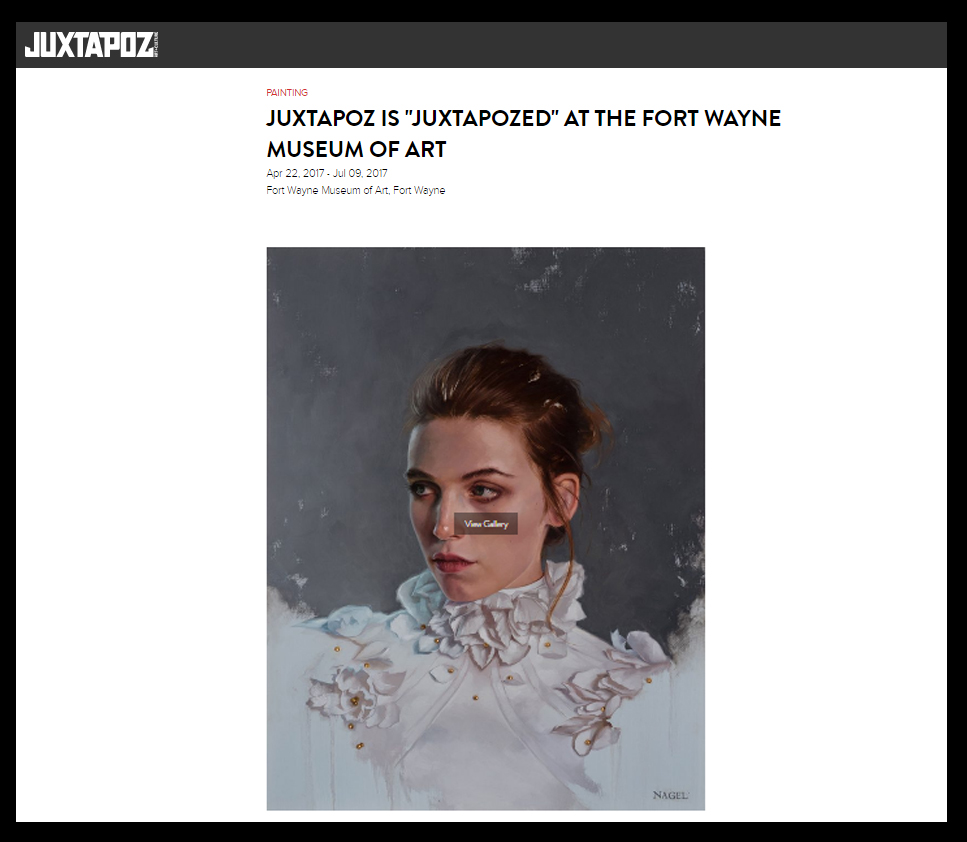 It’s like art world inception as Juxtapoz Magazine posted a preview of the upcoming “JUXTAPOZED” exhibition at the Fort Wayne Museum of Art.  The exhibition is inspired by the New Contemporary Art movement and its influence on Juxtapoz magazine. The exhibition opens April 22nd in conjunction with  Robert Williams’ “SLANG Aesthetics!”, to view more information on the show visit Thinkspace Gallery’s website.

Juxtapozed, a show title drawn from the magazine of the same name in the imperative tense, celebrates the legacy made possible by Juxtapoz Magazine. The access the publication has facilitated since the early “90s to a widely cast variety of media and expressions has shaped the movement itself and preserved its continued relevance.