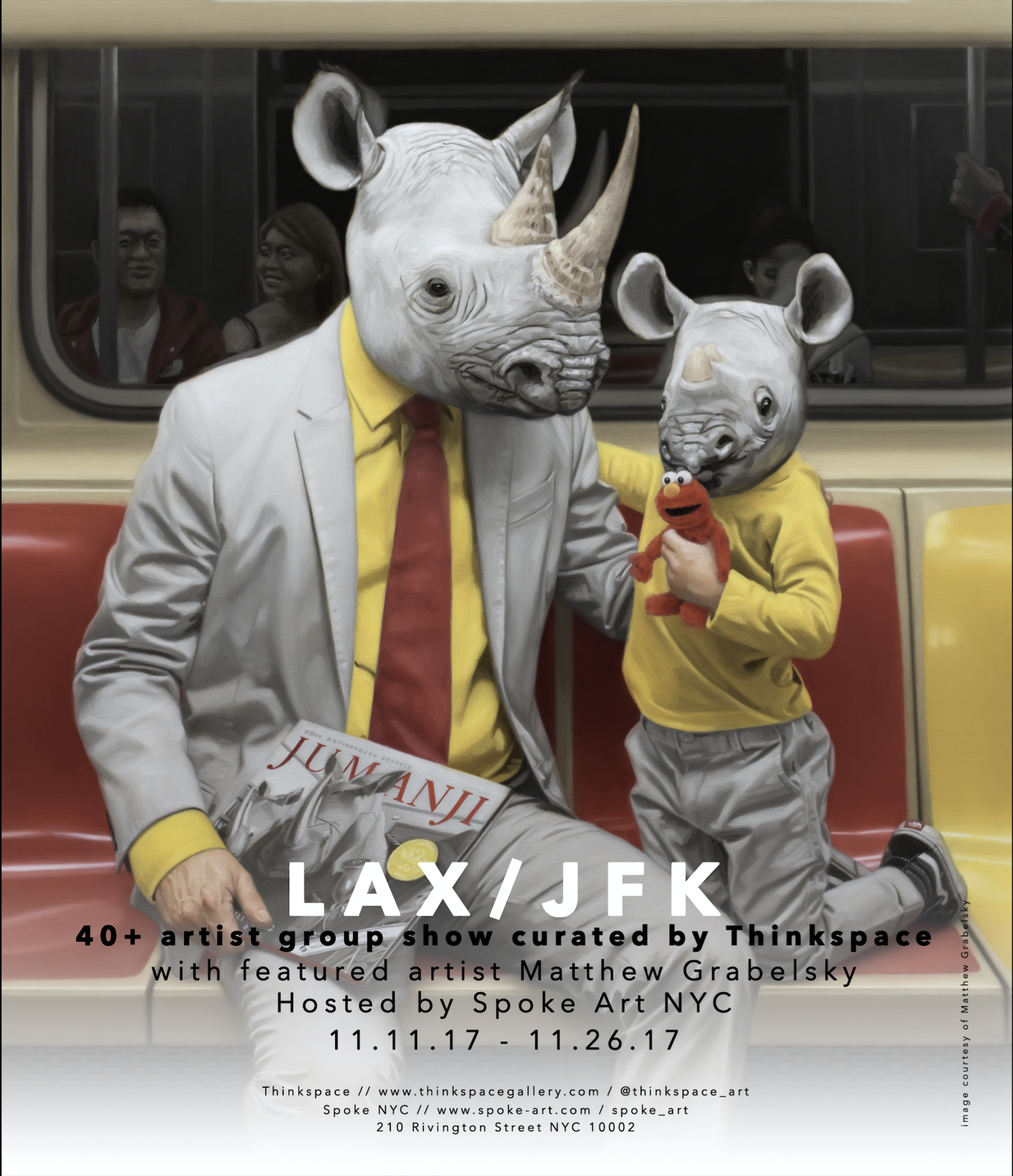 Featuring over forty artists, LAX/JFK will include a mini solo exhibition by Matthew Grabelsky, comprised of 8 new oil paintings from his subway series as well as a new limited edition print. The exhibition will showcase over 50 new works from some of the top artists working in the New Contemporary Movement.

Please join us Saturday, November 11th from 6 – 9 pm for the opening reception of LAX/JFK. Complimentary beverages will be served and some of the artists will be in attendance. For more information or additional images, please email us at nyc@spoke-art.com.

WHAT : LAX/JFK – a 40+ artist group show curated by Thinkspace Gallery

ABOUT THE GALLERY | SPOKE NYC + SF

ABOUT THE GALLERY | THINKSPACE