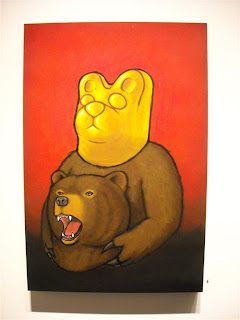 Luke Chueh opened up his latest solo show, ‘From Light Comes Darkness’, tonight in Culver City at the Corey Helford Gallery and delivered big time with 21 new paintings, including some of his strongest work to date in my opinion. The above gem, “(Gummi) Bear In Mind” was one of my favorites from the show… 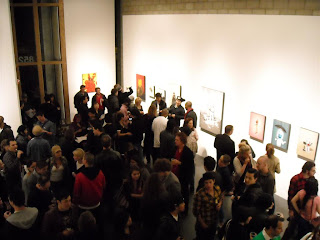 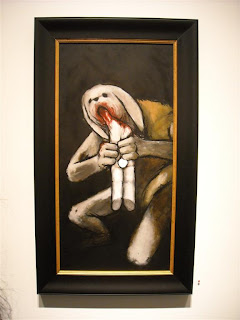 Francisco Goya’s “Saturn Devours His Son” (re-mixed by Luke)
This one had many talking, and for good reason. Can’t wait for him to further branch out and explore new ground with his upcoming Gallery 1988 show this fall, said to be focused around ‘Dante’s Inferno’. Can’t wait to see that come to life. 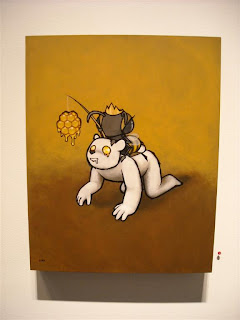 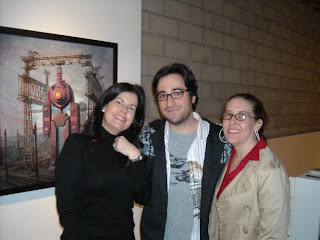 (L-R) Jan from Corey Helford, Jensen from Gallery 1988, Shawn from Thinkspace upstairs in front of an Eric Joyner painting… and not a Thomas Han painting… as sadly there were no ‘Dirty Pretty Things’ from Thomas Han anywhere to be seen. He was a no show yet again, more or less writing his own obituary with galleries… and it was set up so sweet. He could have killed it here, then rocked the custom show coming up at Munky King built around his ‘pusher’ figure and rounded things out by making an appearance alongside Todd Schorr in some press shots at Todd’s big solo next week at Merry Karnowsky (since Schorr owns one of Han’s major works from his debut solo)… a perfect 1,2,3 comeback. Alas… we still love his work, just sad there’s no new work for others to enjoy. 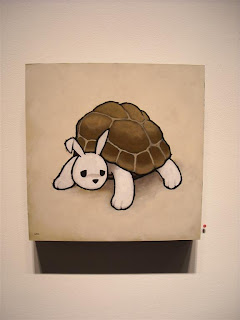 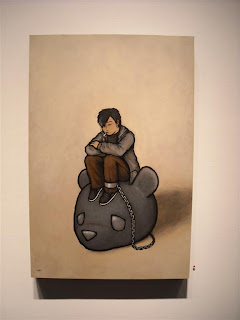 “My Ball & Chain” – one of the most clever pieces he’s done to date. 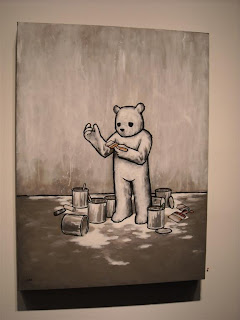 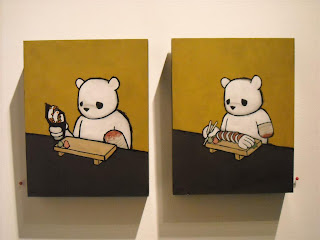 These should have been sold as a dipdych… great pieces. 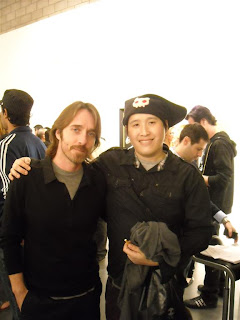