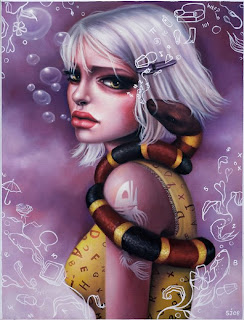 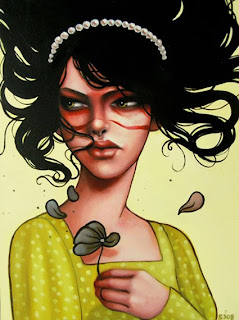 Masterful Canadian emerging artists and thinkspace regulars Sarah Joncas (pictured above) and Camilla d’Errico (pictured below) are taking part in high profile shows in the Big Apple coming up later this month. Congratulations to both on further breaking into this all important market!

Two sneak peeks at works to be featured in Ad Hoc Art‘s The Language of Angels show from Sarah Joncas are shown above. 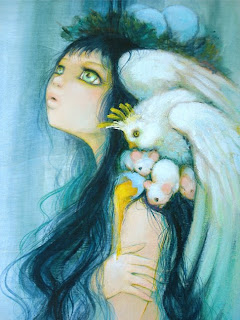 Above is a sneak peek at one of Camilla d’Errico‘s contributions to The Language of Angels at Ad Hoc Art and below is an early look at one of her works for the Young Blood group show at NYC based Opera Gallery.
October 16th
Young Blood Group Show
Opera Gallery
115 Spring Street
New York, NY 10012
Tel: 212.966.6675
http://www.operagallery.com/art-gallery/NEW-YORK_3.aspx
Showing alongside d’Errico will be Jenn Porreca and others (I looked and looked, but not much info out there on this show and Opera’s website leaves much to the imagination…) 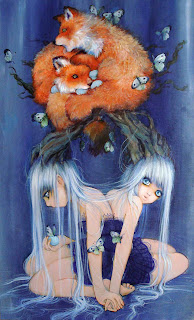 Coming up @ thinkspace:
Look for Joncas‘ debut solo show with us this coming June (followed by solo shows at Roq La Rue and M Modern) and a 2-person show featuring d’Errico alongside Caia Koopman following in September. Both artists have very promising years ahead of them.