Headed out to the opening of ‘Small Bills Gallery’ over by the Beverly Center in Hollywood/Beverly Hills area tonight and while the place is rather small, it makes up for it in character… not to mention a stunning all over mural from Skullphone (see below)… 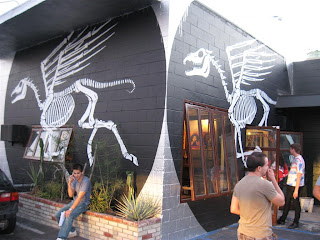 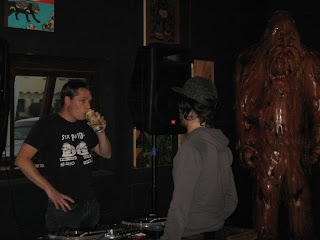 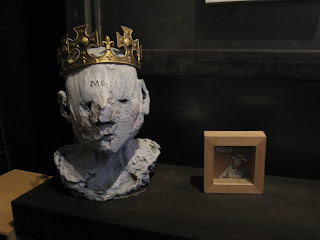 Shepard Fairey (aka DJ Diabetic) was spinning against a back drop of works from Kill Pixie while Bigfoot‘s massive carved sculpture from his Corey Helford solo show loomed in the distance.
Highlights of the show were the Anthony Lister works and sculpture (see above). Also on display were some great works from NYC artist Hacula (see below) who also made it out for the opening… 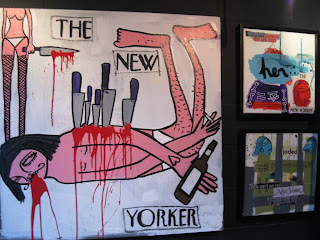 Shepard Fairey also had four great AP works on wood in the show (see below)… and collectors would be crying if they knew what these were going for… STEALS. Might be worth hitting them up tomorrow, as this was all announced rather last minute and only a couple of works had sold by the time I split about 830PM… two of the APs on wood were collage based as well – so tempting! 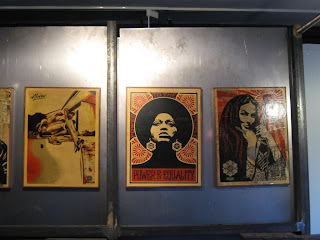 In addition to killing the outside of the building, LA’s very own Skullphone also had a handful of nice works in the show including the below beauty on metal… 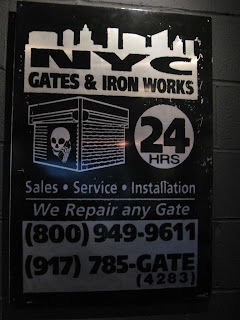 LA street artist Berd was also representing outside at the nearby intersection, and while not mentioned as part of the show, also had some last minute works on view in the show. Love his birds… he’s up at about over half the major intersections in Los Angeles and continues to spread. 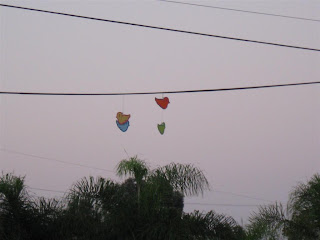