In an interview and film by Selina Miles, we get a preview of Andrew Hem‘s installation for “Vitality & Verve: In The Third Dimension” presented by the Long Beach Museum of Art in collaboration with Thinkspace Gallery and Pow! Wow! Long Beach.

Tickets to the kickoff event this Friday, July 15th are available at www.lbma.org

“Vitality & Verve: In The Third Dimension” will be on view at LBMA from July 16th to October 16th, 2016.  For more information on the exhibition please visit the Thinkspace Gallery website. 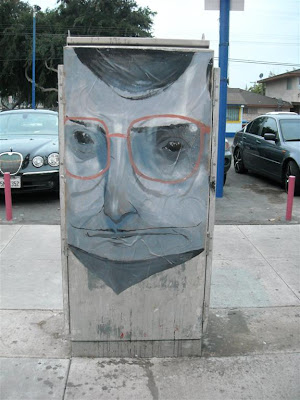 Spotted this during this past weekend’s Art Walk, a great new piece from Andrew Hem.

Keep taps on Hem via his blog here.

After taking in the KAWS solo show and Natalia Fabia‘s solo (both in Culver City), we saddled back up and set off to catch a few more shows. 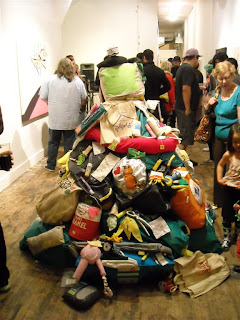 Upon entering the gallery you were met by a huge pile of “The Crap Of Life” (the show’s title) – made up of handmade stuffed plush items of everyday objects ranging from Sharpie pens to VHS cassettes to all matter of food packaging… just stunning the detail and time that went into this. 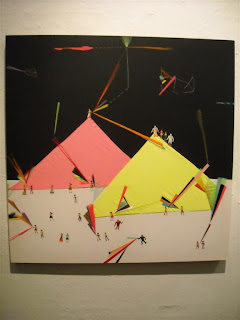 The show was exceptional and showcased Whitmarsh’s numerous talents. Her trademark needlepoint works (seen above) were on display, as were works from her new plush ‘bling’ series (see below) and several works on paper as well… 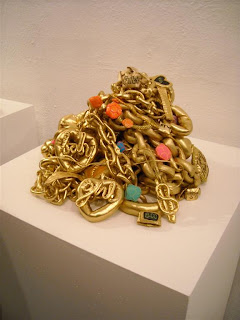 Megan Whitmarsh was in the house (seen below with Shawn from Thinkspace) and had autographed copies of her new book with Rojo, Yeti Logic, on hand for patrons to pick up. As we were leaving, Megan’s trademark lifesize cardboard robot was about to make it’s appearance during the special performance from Dolphine Force… alas, we had to get going and hit the road… 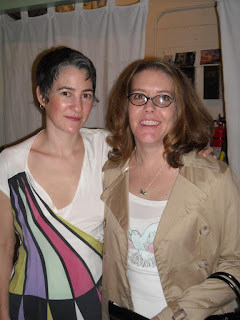 To get over to the Beautiful/Decay ‘A to Z’ show over at Kopeikin Gallery that helped to celebrate the release of issue Z. In celebration of reaching issue ‘Z’, Beautiful/Decay curated a special show featuring 26 artists including the likes of Robbie Conal, Gary Taxali, Skwak, Aya Kato, Aaron Noble, Jacob Magraw, Suntek Chung and many more – see some of our favorites below, of note the epic piece from Robbie Conal that greated patrons in the main window facing Melrose Avenue (in some places, the paint was well over 2″ thick on the canvas)… 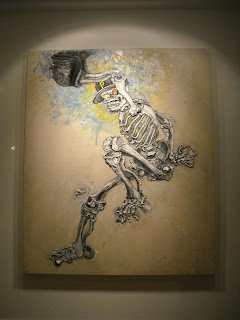 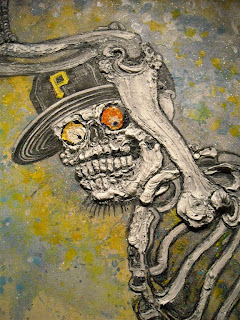 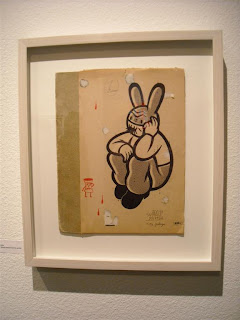 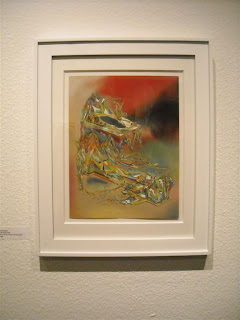 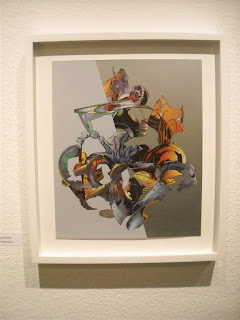 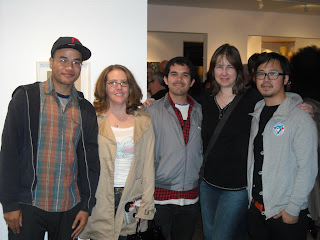 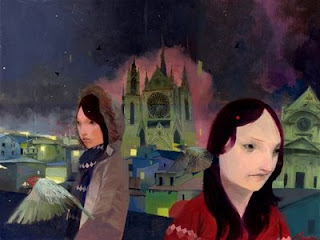 Andrew Hem was recently interview by CommandaX over at the Erratic Phenomena blog, and it’s just an amazing in-depth read. She posted a ton of great works from Hem throughout the interview as well, so be sure to check it out here. 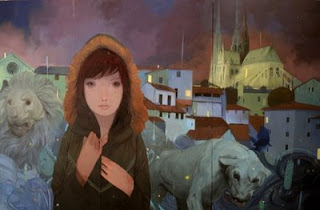 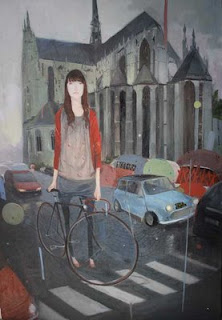 Hem also has a great feature in Vol. 10 of Hi Fructose that just hit news stands. Check out a slightly older interview with Hem here. 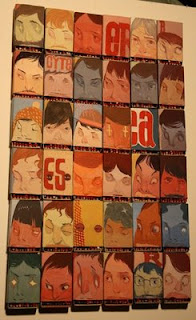 Look for Hem to make his return to Los Angeles with us next year. After a great solo with him in 2007, we can’t wait to welcome him back. Look for further details to be posted soon on our site. 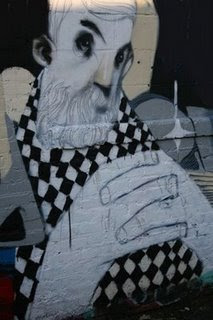 Hem also just finished up the above gem on the streets of LA before heading over to Asia for an amazing vacation to visit family and friends. 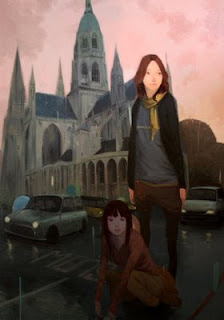 Keep an eye on Hem over at his blog here. 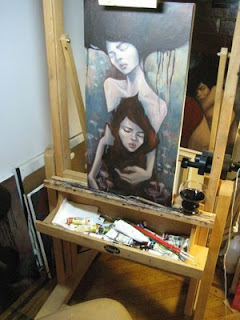 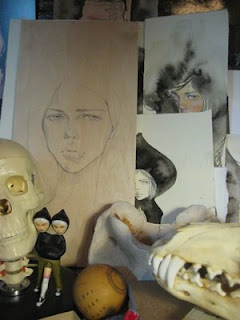 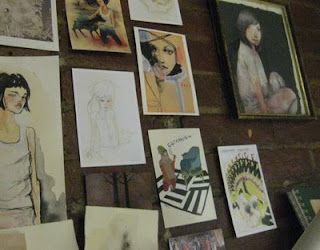 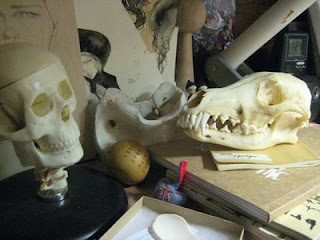 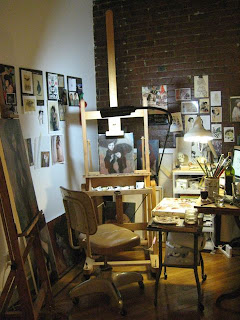 The show runs Feb. 9th through March 7th – definitely worth a trip up to Seattle!
View Stella’s new blog at: http://stellaimhultberg.blogspot.com/
UP NEXT: her return solo show with us in July!