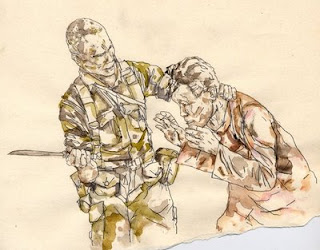 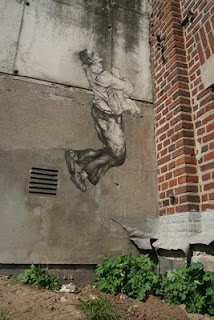 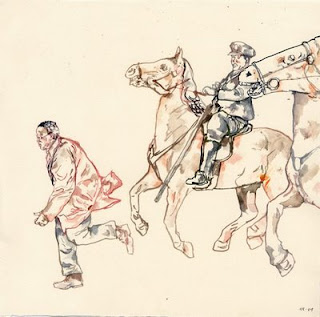 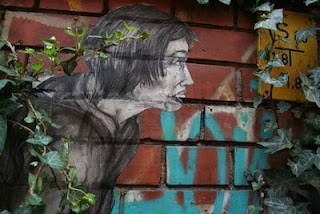 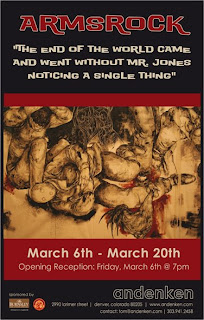 The good folks over at Vimby.com posted their interview with ELBOW-TOE & ARMSROCK today. They swung through during the set up and on the opening night of our big ‘Mostly Memory’ exhibit last month. The short feature came out just great – thanks Vimby!

View works from the show here 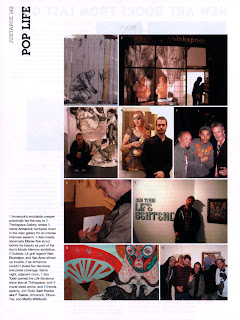 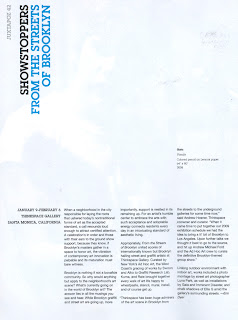 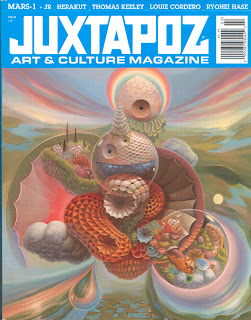 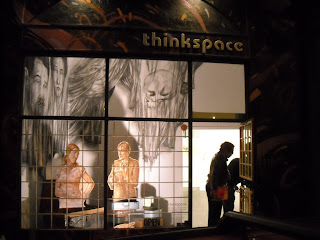 We’re closed today, but please know that tomorrow, Fri, Jan. 2nd from 1-6PM will be your last chance to view ‘Mostly Memory’ from ELBOW-TOE and ARMSROCK + ‘Life Sentence’ from Jon Todd @ Thinkspace

“Armsrock and Elbow-Toe exceeded expectations with their two person show and made their mark on Los Angeles by ‘getting up’ all over the city. Armsrock pushed the bounds with his unrelenting portrayal of atrocity victims. The works were a gripping depiction of not so distant events which prompted viewers to pause for a moment of reflection. Elbow-Toe took his fine-art work to another level in this show. His characters were intricately rendered and flawlessly executed. The combination of his street work and fine art background were reflective in the emotional embodiment exhibited by his characters.” – Arrested Motion