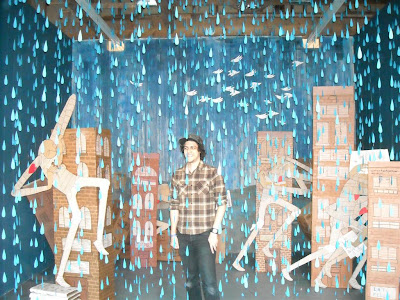 Israeli artist Know Hope (pictured above) opened his debut LA solo show, ‘the times won’t save you (this rain smells of memory)’, at Carmichael Gallery last night to a very enthusiastic crowd.
The focal point of the show was his 400 sq ft installation featuring over 30,000 hand-cut rain drops, a handmade city constructed of old cardboard boxes and several life size renditions of his signature characters. As a whole, it was breathtaking. With the lighting low, the mood that was set was just perfect. 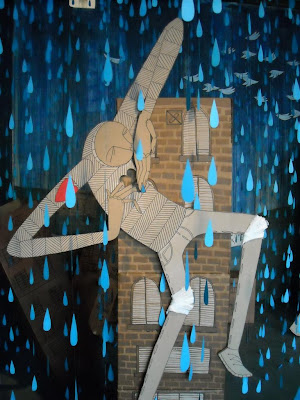 Know Hope installation close up views (above and below)… 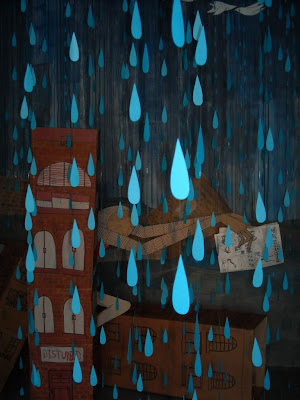 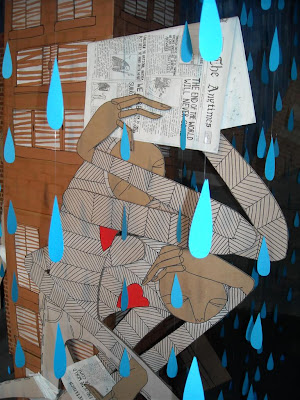 It was awesome to see his ‘The Anytimes’ paper worked into the installation. The gallery should have some copies of this special paper still on hand, so be sure to roll through and grab a copy. 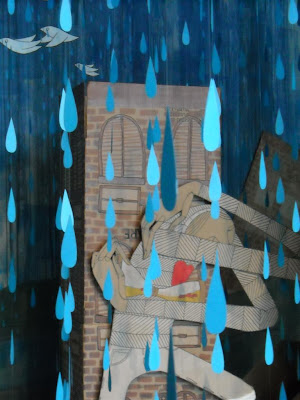 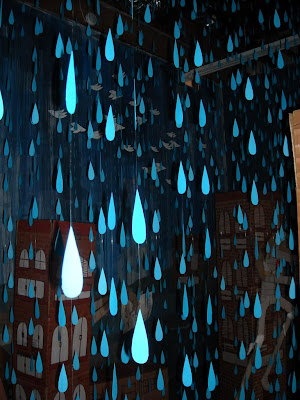 In addition to his incredible install, Know Hope also presented a series of smaller works all on cardboard, that complimented four of his larger framed works that all highlighted his dizzying diorama skills. All in all, a great debut solo show for Know Hope and one that is sure to have folks talking for a while. Don’t sleep on this guy, so much great and affordable work in this show. 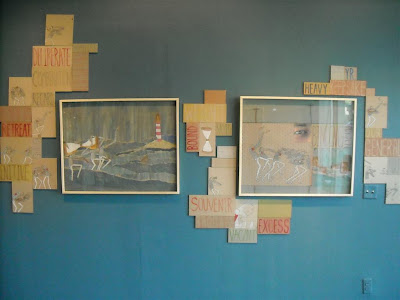 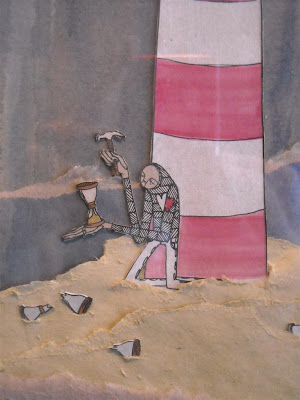 Close up of one of Know Hope‘s intense diorama pieces… 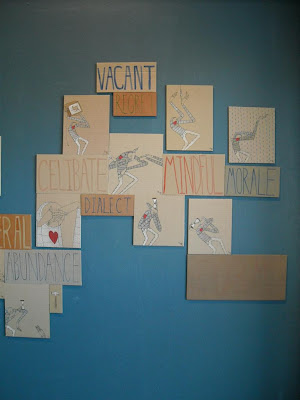 While talking to Know Hope I learned he’d be going on to NYC now after this, for a special installation project at a non-profit venue that just popped up. So watch for more on that soon… 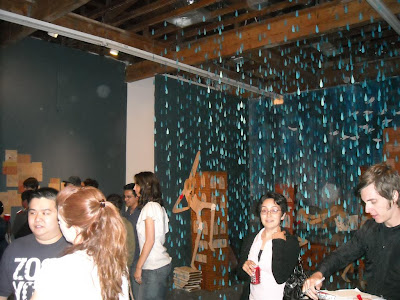 The crowd grew thick as the night drew on… 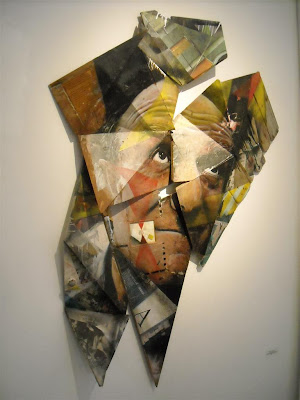 Also opening last night, and causing much discussion, was the ‘Moodswings’ group show in the back, where the large new work from Asbestos (shown above) stole the show. 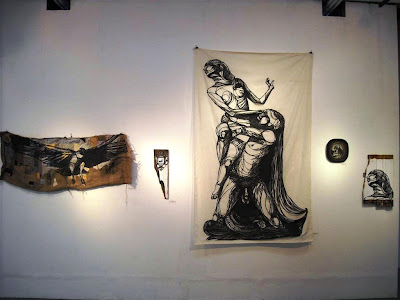 Also featured was some amazing new works from Imminent Disaster (above and below). The new work is showing continued growth and maturity and we’re eager to see what she creates for her return to Los Angeles next year when she hits Thinkspace again alongside ARMSROCK. 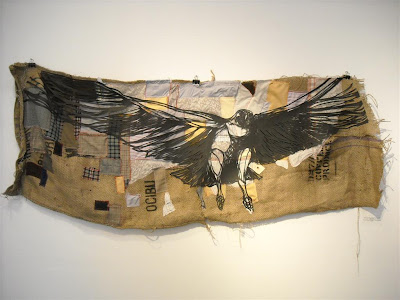 Though not to be outdone, the up and coming Bumblebee rocked things and had but one piece left when we left at 1030PM (see images of his work below). Go Bumblebee!!! 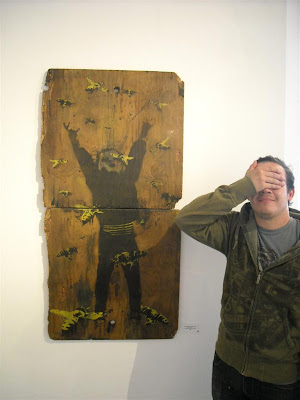 The ever elusive Bumblebee… 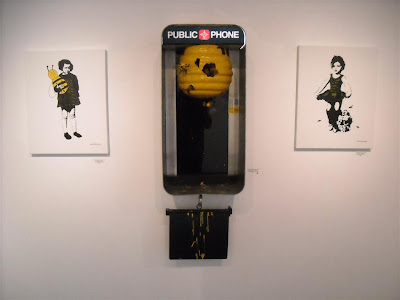 One of his signature hive pieces installed in an old vacant phonebooth. AMAZING. 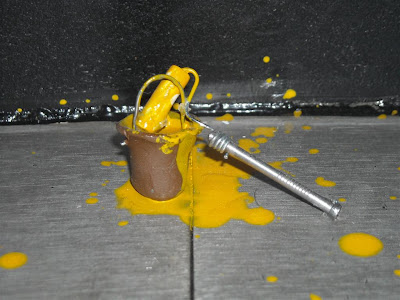 Detail shot of the above phonebooth piece. This lil’ roller, is created from a nail, a paperclip and some sculpey modeling clay. Insane detail and looks so good. 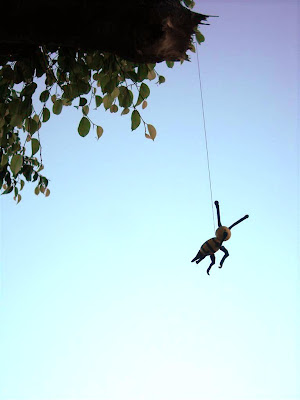