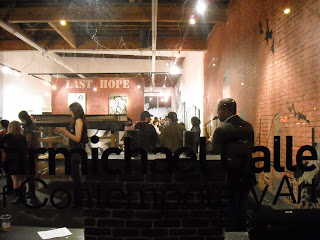 Just back from the opening night of Chris Stain‘s debut LA solo show over at Carmichael Gallery… great turnout considering it took place during the worst storm of the new year. Stain just killed it. Having been there Tue night to catch a lil’ sneak peek, he came through and really delivered the goods after pulling a couple all nighters. 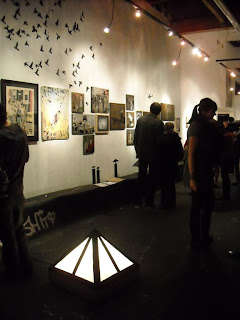 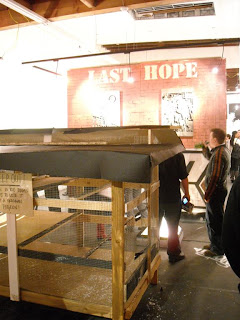 All the lil’ details were included… very, very impressive install. 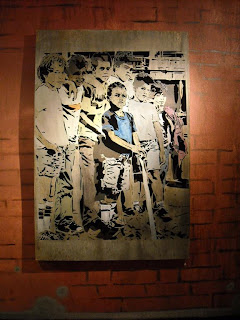 Stain worked with Black Book Stencils out of FL on two pieces in the show and they really garnered a great bit of attention and praise throughout the night. The shadow effect really made these show stoppers. Beautiful work. 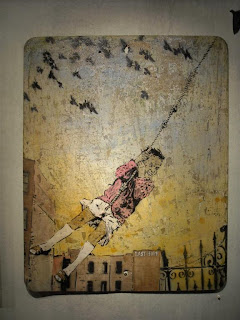 One of our favorites from Stain in the show… 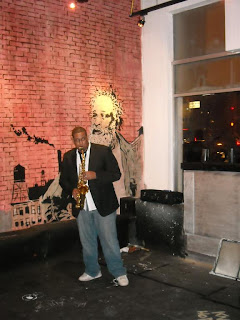 Bringing that NYC rooftop vibe to life with the help of live saxophone music… nice touch. 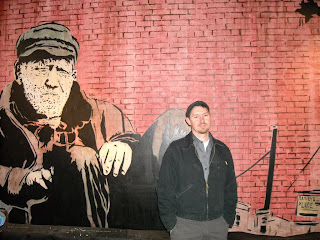 Christ Stain in front of one of his massive wall murals – the place just looked amazing! 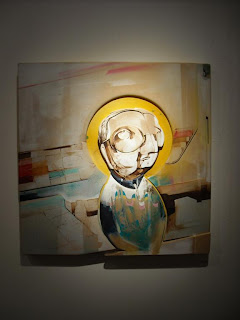 One of the gems in the “Lifeline” from Jim Darling 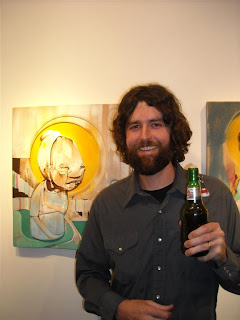 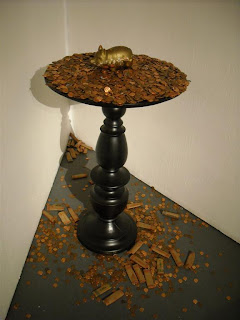 Mini-installation from Jim Darling commenting on the current state of the economy… his entire series was a statement on how those once secure in their retirement, are all of a sudden finding themselves in a position of breaking open their piggy banks and counting pennies. Darling’s new pieces are just amazing, he’s really coming into his own. 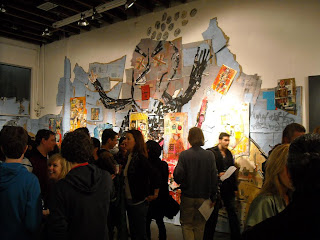 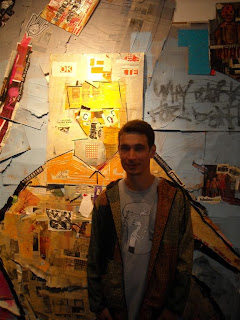 Sesper in front of his massive wall collage + one of our favorites from him below… one of the nicest guys going and super active in both the music and art undergrounds in Brazil. 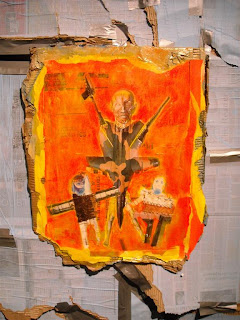 Carmichael Gallery of Contemporary Art
1257 N. La Brea Ave in West Hollywood
“Up on the Roof Countin’ Pigeons” featuring new works and an installation from Chris Stain along with “Lifeline” in the back of the gallery featuring an installation from Sesper along with new works from Jim Darling, Alex Hornest and Ilia of Btoy
(On view through Feb. 26th)