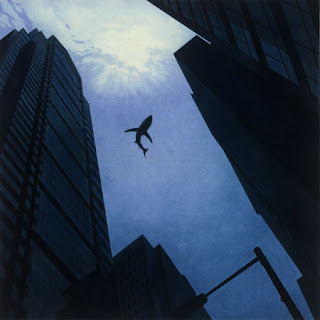 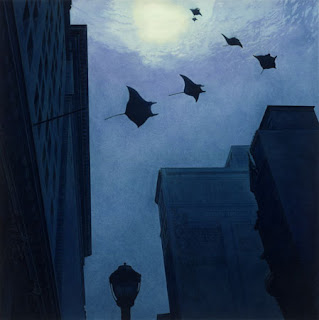 “After 1”
This exhibition is the latest evolution in Don Simon’s ‘Unnaturalism Series’. His current work expands on the themes of man vs. nature to envision a world after our worst fears about Global Warming are realized. Simon’s drawings are meticulously rendered in color pencil, creating soft yet quietly disturbing imagery that carefully allies the viewer with the animal kingdom. 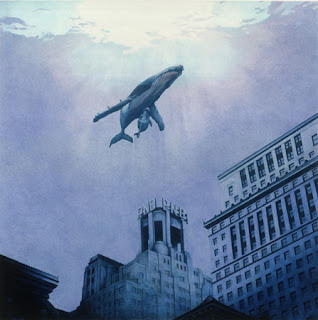 “After 2”
Throughout history, particularly since the beginning of the Industrial Revolution, mankind has been less than kind to their cohabitants on the planet. We build, produce and consume with little or no regard to the impact it has on the environment. It is the nature of nature to adapt and evolve in order to survive, and we are forcing other species to deal with compromised, damaged or destroyed ecosystems. 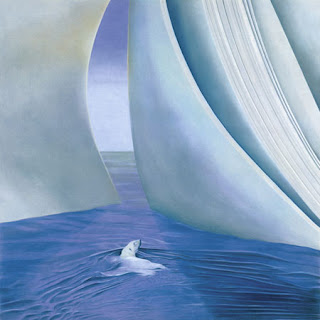 “Passage 3”
This series of triptychs depicts scenes resulting from our tragic indifference. They are rendered in a beautiful and natural way, highlighting the idea that we find this acceptable. We are numb to the damage – and so, the unnatural becomes natural to us. This may be the saddest commentary of all. 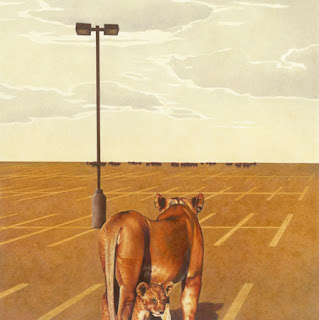 “Serengeti 1”
Don Simon‘s work has appeared in solo and group shows, in galleries and museums across the country and in Europe including Verge – The Bridge Art Fair Berlin 08, Pentimenti Gallery, Philadelphia, PA, and the L.A. Art Show. In addition, his work has twice been selected for publication in New American Paintings – once in 2006, curated by Alex Baker from the Pennsylvania Academy of Fine Arts; and again in 2007 curated by Stephen Bennet Phillips from the Phillips Collection in Washington, D.C. Mr. Phillips singled out his piece, “The River II”, calling it, “…a tour de force of drawing.” He has also been published as an Emerging Artist of 2006 in Direct Art magazine, and in the ArtPeriscope Calendar, curated and published for European distribution out of Czestochowa, Poland. 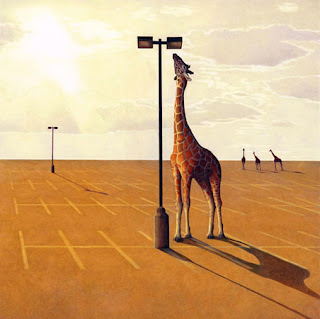 “Serengeti 3”
Don was born in Madison, NJ in 1972. After earning a BFA at Syracuse University he entered a ten year career as an Art Director in Philadelphia advertising. In 2004 he walked away from advertising to pursue art full time.
Check out a great interview/video about Simon’s work Grist.org here. 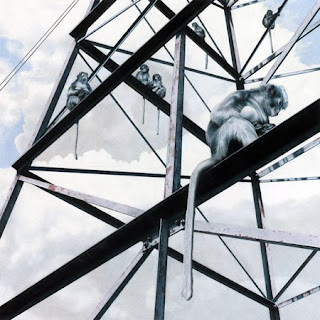