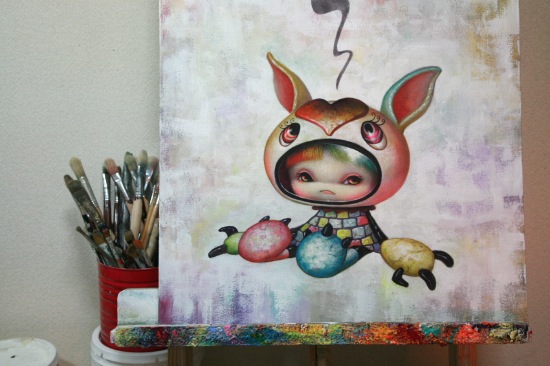 If you dare to enter the world of Japanese artist Yosuke Ueno, get ready for a strange and surreal adventure. Ueno’s art stands out for its interesting juxtapositions and hidden symbolism. Skulls, swans, scissors and even AOL characters appear in his paintings, making you wonder what kind of hidden message they all carry. Ueno’s themes are very cosmic and his palette often includes red, green, yellow, and blue. These colors represent the four bases of DNA: adenine, thymine, guanine and cytosine, or in simpler terms, A, T, G and C., molecular elements that all animate beings share. Vibrancy of palettes aside, his works bears a message; that all animate beings have equal worth. 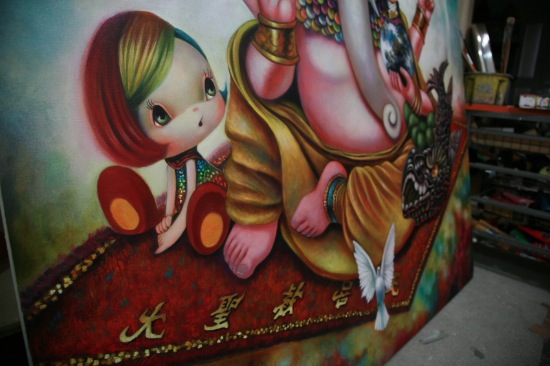 Check out a great ‘image key’ to the recurring symbols and characters in Ueno’s work here:
www.spaceegg77.com/spaceegg77site/index2/key/key.html 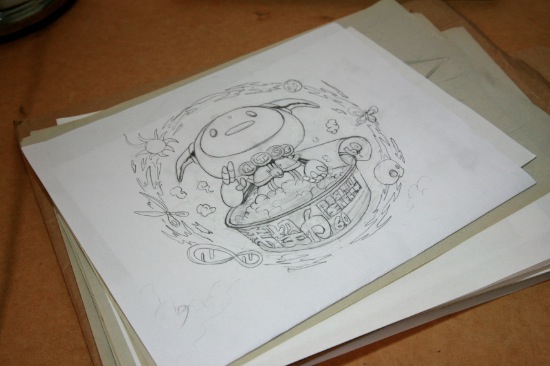 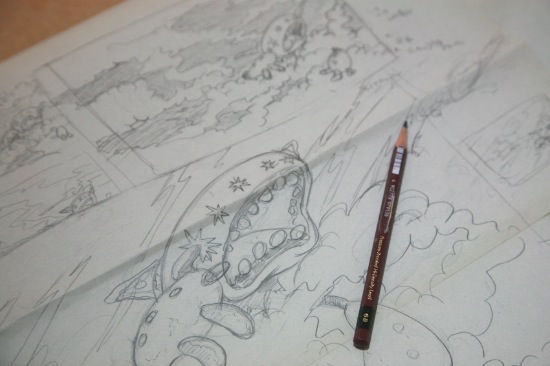 “I always start new work without any detailed designs. My hope is for a piece to complete itself beyond my imagination. I sometimes say that artists are parallel to scientists. Scientists have no way of knowing the result of an experiment beforehand. The same can be said about creating art.” – Yosuke Ueno 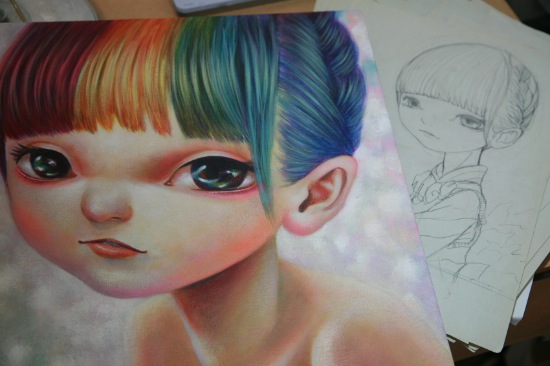 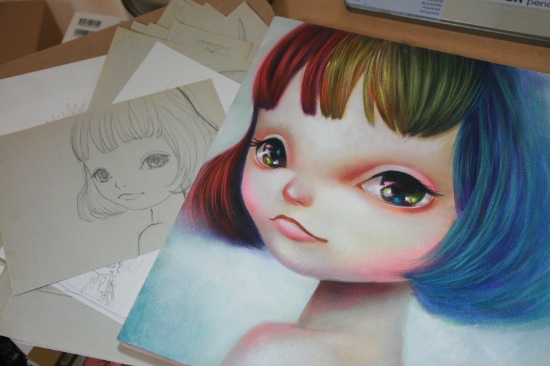 Yosuke Ueno was born in Japan in 1977. He has been building his world since a young child and had his first solo show in Yamaguchi, Japan in 1994 at the young age of 16. Ueno’s work has shown with some of the most established galleries within our movement. The artist has also taken part in major exhibitions in his home country of Japan at the Shimoni-Seki Museum (Yamaguchi, Japan) and Museum of Contemporary Art Tokyo (Tokyo, Japan) and also has work in the traveling exhibition ‘The Animamix Biennial 2009-2010’ that has thus far visited the Today Art Museum (Beijing, China), MOCA Shanghai, MOCA Taipei, and MOCA Kaohsiung. 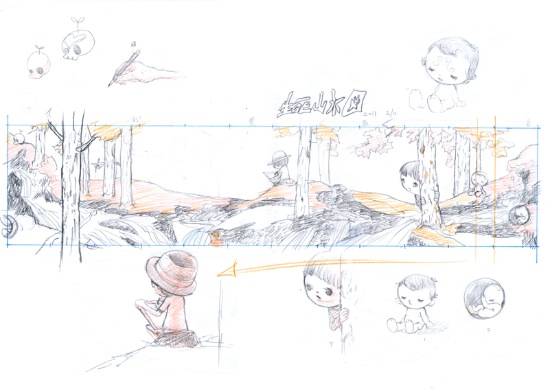 Check out add’l pics from Yosuke’s studio along with a look inside Gagnon’s studio here:
www.flickr.com/photos/thinkspace/sets/72157626042350439/