We’re excited to announce the 1st major full-gallery solo exhibition from Kelly Vivanco coming up this February in our main gallery space in Culver City. Kelly will have a vast array of works on view and this show promises to be one not to miss. We’ve consistently sold every piece we’ve shown over the years from Kelly and the interest for this show is already growing, so please be sure to shoot us a mail to contact@thinkspacegallery.com and we’ll be sure you get the digital preview once it’s ready in late January.

‘Springs To Mind’ opens to the public on Sat, Feb. 5th at Thinkspace in Culver City. Look for more details to be announced soon.

“If you’re looking for one art show to attend this year, I’d like to suggest Thinkspace’s upcoming 5 Year Anniversary blow out. Established in 2005, Thinkspace is one of the few galleries who doesn’t just follow trends, they start them.” – MyModernMet.com

Tell us a little bit about your piece for Thinkspace’s ‘5 Year Anniversary Show’ this November?
“Blanket Fort” is part of a series that I touch on from time to time depicting ‘my girls’ in fantastical outdoor settings. It has the elements of mystery and wonder I love to work with rendered out in saturated tones. The theme partially stems from some nostalgic feelings of building ephemeral blanket forts and being ‘protected’ from things, real or imagined.

What were you doing back in 2005 when Thinkspace started?
I was ratcheting up my artistic works in a new studio after being creatively dormant for too many years. I was also going through some important and difficult personal transitions. It was a pretty intense time!

Name 5 things you can’t live without in your studio?
Ample paints and supplies, tons of music, inspiring books and clippings, dark chocolate and no interruptions.

Where do you hope to be 5 years from now?
Still going strong, as happy and healthy as ever and painting what ever I fancy. I would like to get back into oils, make more construction anchored pieces with my husband, Peter. I would also love to make more sculptures and larger works as well. I am excited to see the organic progression of what I am working on now.

What have you got coming up in 2011?
I have tons of new work in store for my “Springs To Mind” show with you guys in February! I will also have a few pieces in L.A. and London group shows through the year, another wine label released at Wiens and a solo in the Fall at Flatcolor in Seattle. It will be a busy year! 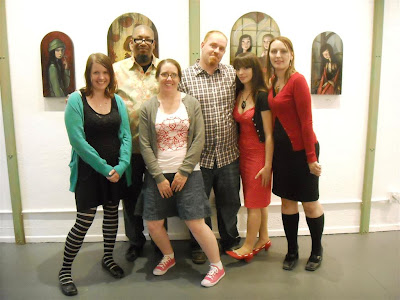 Check out a great video of the installation process for Sarah’s show as well as the opening night festivities shot and edited together by Sarah’s friend Ann Kornuta. Thanks Ann!!!

All shows are on view through July 2nd @ thinkspace

View a full set of pics from the opening night here. Thank you to all that came out to show support!!! 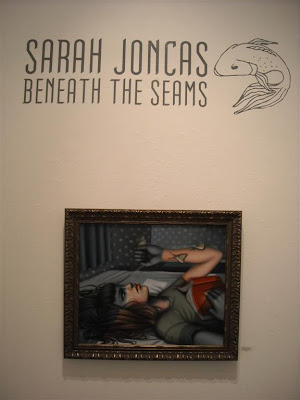 Thinkspace is proud to present, Beneath the Seams, the debut solo exhibition from Canadian artist Sarah Joncas. Her debut solo exhibition features 18 new works including oil on canvas and graphite on paper, as well as a very special installation in our front entry area, and marks her largest body of work to date both in size and scale. Next level in every regards, as Sarah has knocked the new works out of the park in our opinion. 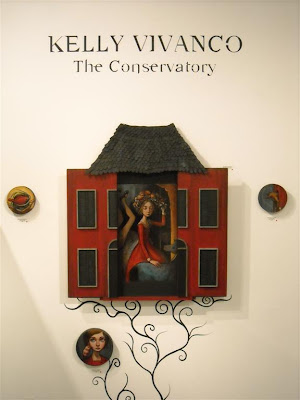 Opening in conjunction with Joncas’ show is an exhibition from San Diego based artist Kelly Vivanco. This will be the artist’s first solo exhibition in Los Angeles and will be showcased in our project room. She has just done an amazing job and it’s been awesome to watch Kelly grow with us over the past few years. 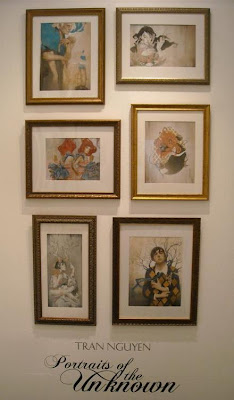 Alongside Vivanco’s work in the project room we will also feature new works from Vietnamese artist Tran Nguyen as part of our ‘Fresh Faces’ series. This is Tran’s first showing with our gallery and we look forward to many great things to come from this young artist.

Arrested Motion posted a lil’ preview of the show as well here.

As did Dailydujour over here and Juxtapoz over here.
Look for opening night action to be posted here this weekend. Interviews with each have been posted here over the past week, so please be sure to look for those and check ’em out.
Hope to see some of you tonight! 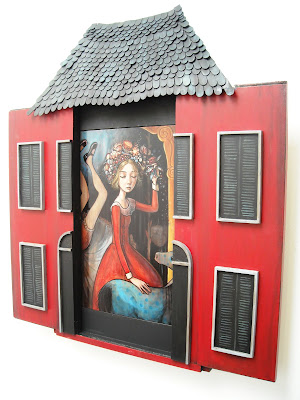 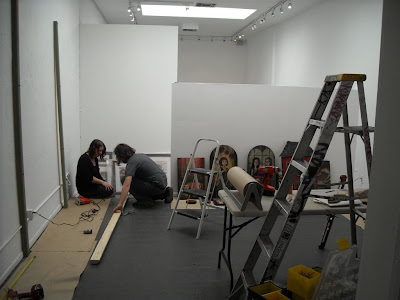 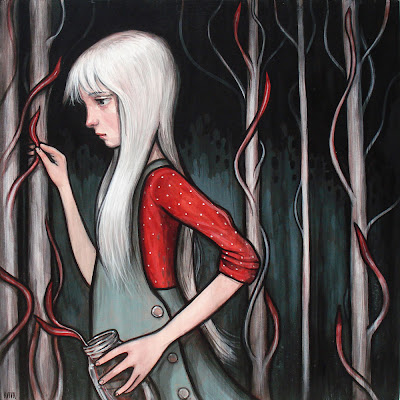 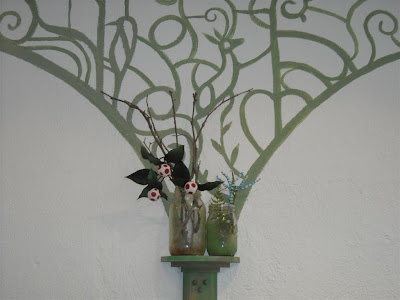 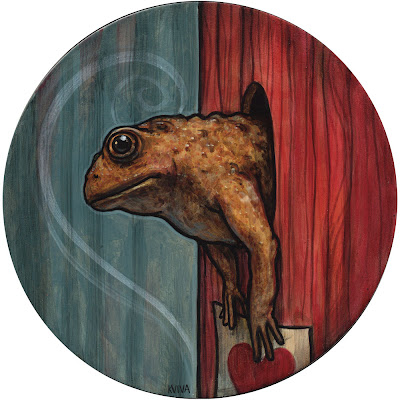 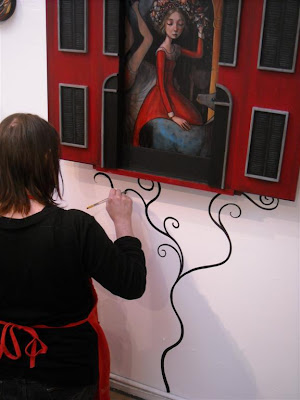 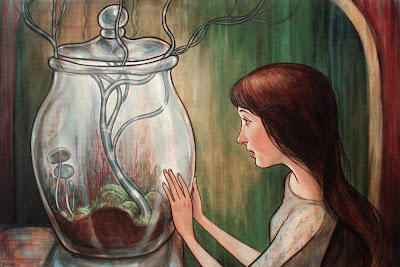 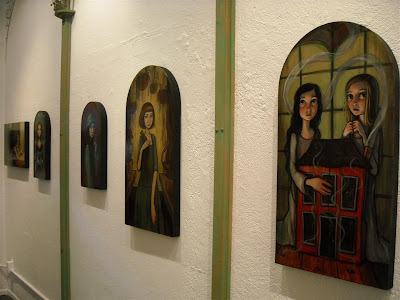 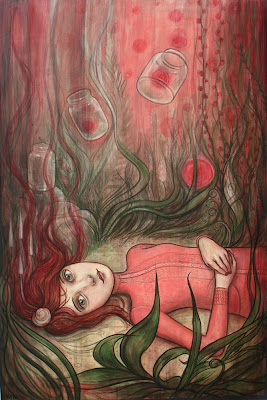 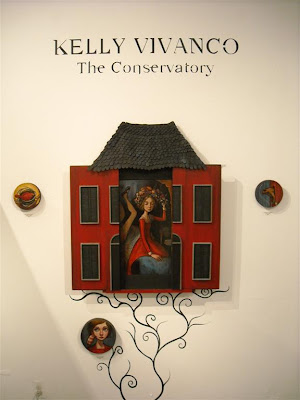 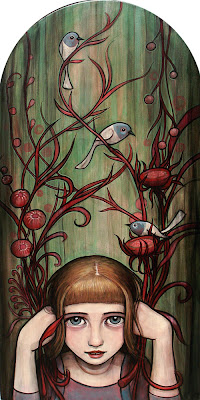 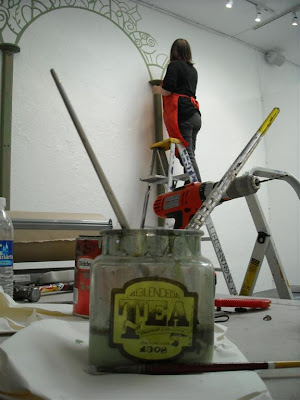 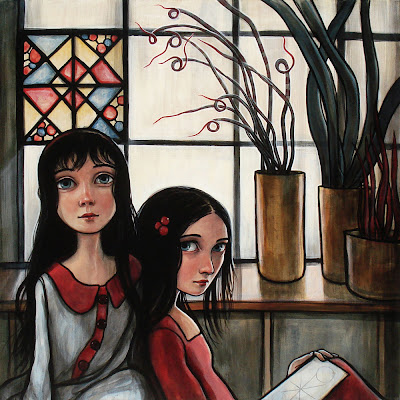 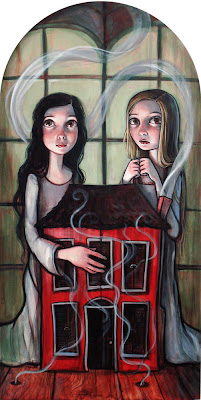