Thank you to all that came out to the artist’s reception this past Sat for ‘Torn and Tattered’ and ‘Place to Place’. We received great feedback throughout the evening and all of the featured artists had a great night. If that wasn’t enough, we were also able to find a lot of new homes for their works. Speaking of which, some great pieces are still available from each exhibition. Check out the works for ‘Torn and Tattered’ here and for‘Place to Place’ from Reuben Rude here.

Both exhibits on view through March 26th

For those that missed the opening last night:

Open this Sat and Sun from 11AM-6PM
Gallery 1988
7020 Melrose in Los Angeles
‘INLE’ – curated by Greg Simkins – over 100 artists interpret the anti-hero of Richard Adam’s ‘Watership Down’
www.gallery1988.com

Hope to see you this Saturday, March 12th when ‘Torn and Tattered’ and ‘Place To Place’ open to the public.

Liz Brizzi manipulates her original photography onto acrylic painted canvases, then layers each piece with washes of color resulting in strikingly original works of art. Her mixed media paintings aim to cast a light on the lost and forgotten segments of the cities in which we live.

“Her scenes seem like that moment when the sun starts to peak after a summer downpour.”
– MyLoveForYou.com

Hope to see you all next Sat, March 12th when ‘Torn and Tattered’ opens to the public. Liz and the other exhibiting artists will all be in attendance, so please stop in to say hi.

A native of France, born of Italian parents, Liz Brizzi grew up in Los Angeles. She is inspired by urban themes and loves to portray the beauty she captures in the raw and industrial aspects of city life. Her individual mixed media technique begins with the manipulation of her original photography collaged onto an acrylic painted canvas, finally blended within layers and layers of colorful acrylic washes.

Her recent work utilizes various architectural details found in her photos to create more complex graphics, structures and imaginary landscapes, while using shapes reminiscent of street art found in the very same cities she photographs. She’s also widened the scope of the areas she explores in her imagery to the less explored industrial outskirts of Los Angeles. “I try to capture and share the beauty I see in these desolated and mysterious areas that are unknown to even some of the born and raised Angelenos…”.

“Her scenes seem like that moment when the sun starts to peak after a summer downpour.” – MyLoveForYou.com 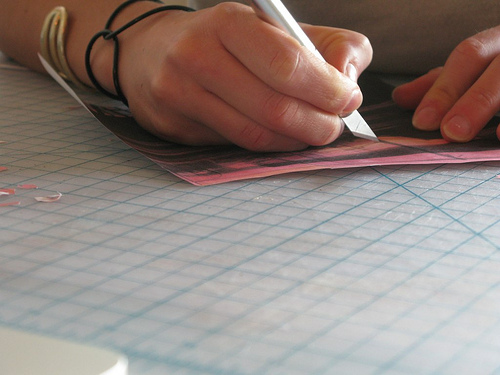 I recently visited the Los Angeles studio of this French born artist as she prepares for ‘Torn and Tattered’ opening this coming March at Thinkspace. The new works are Brizzi’s most vibrant and visually arresting yet, her keen eye capturing the forlorn areas of our city which she in turn transforms into scenes that whisk viewers away to an all together different place, one filled with wonder and discovery. Below is a lil’ photographic recap of the studio visit and a glimpse at one of the finished gems she’ll be showing this March. 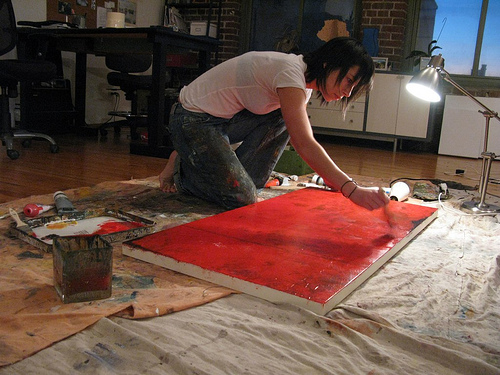 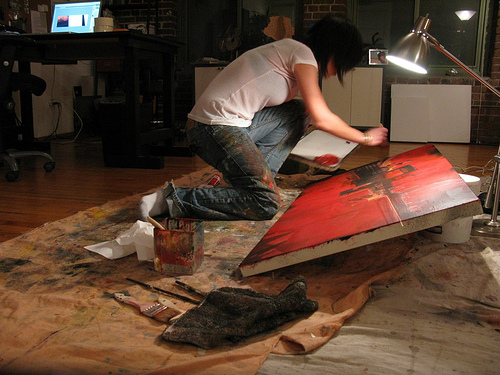 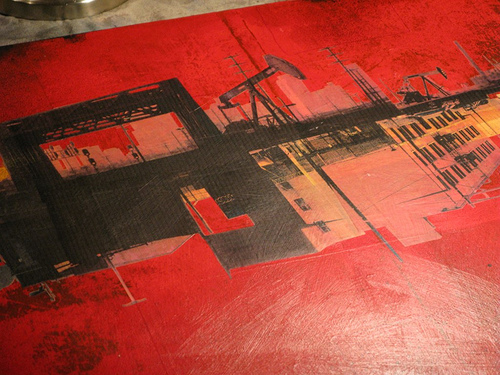 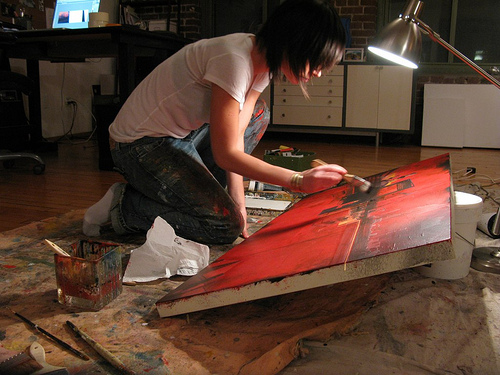 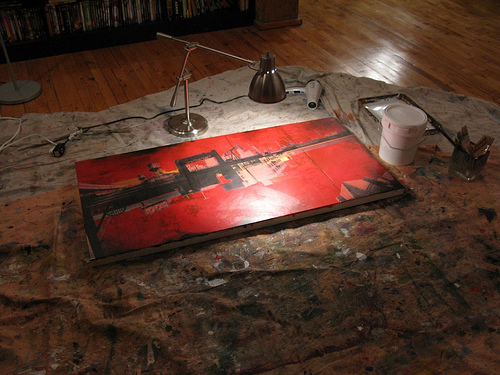 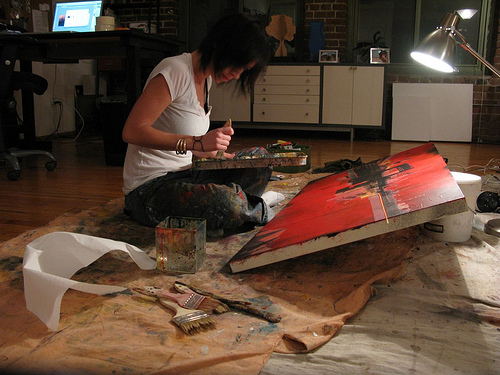 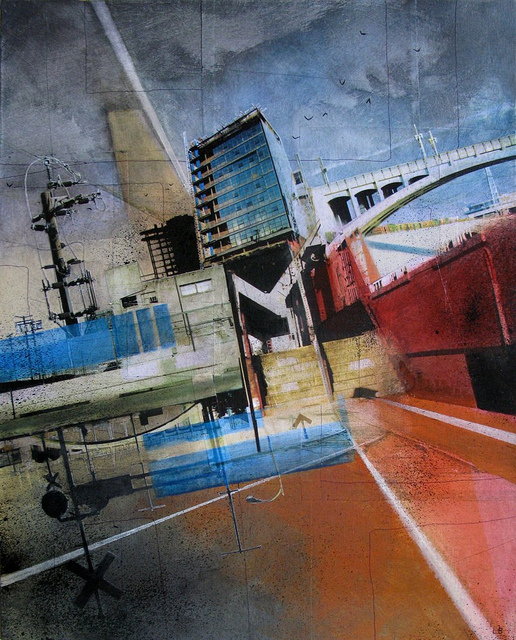