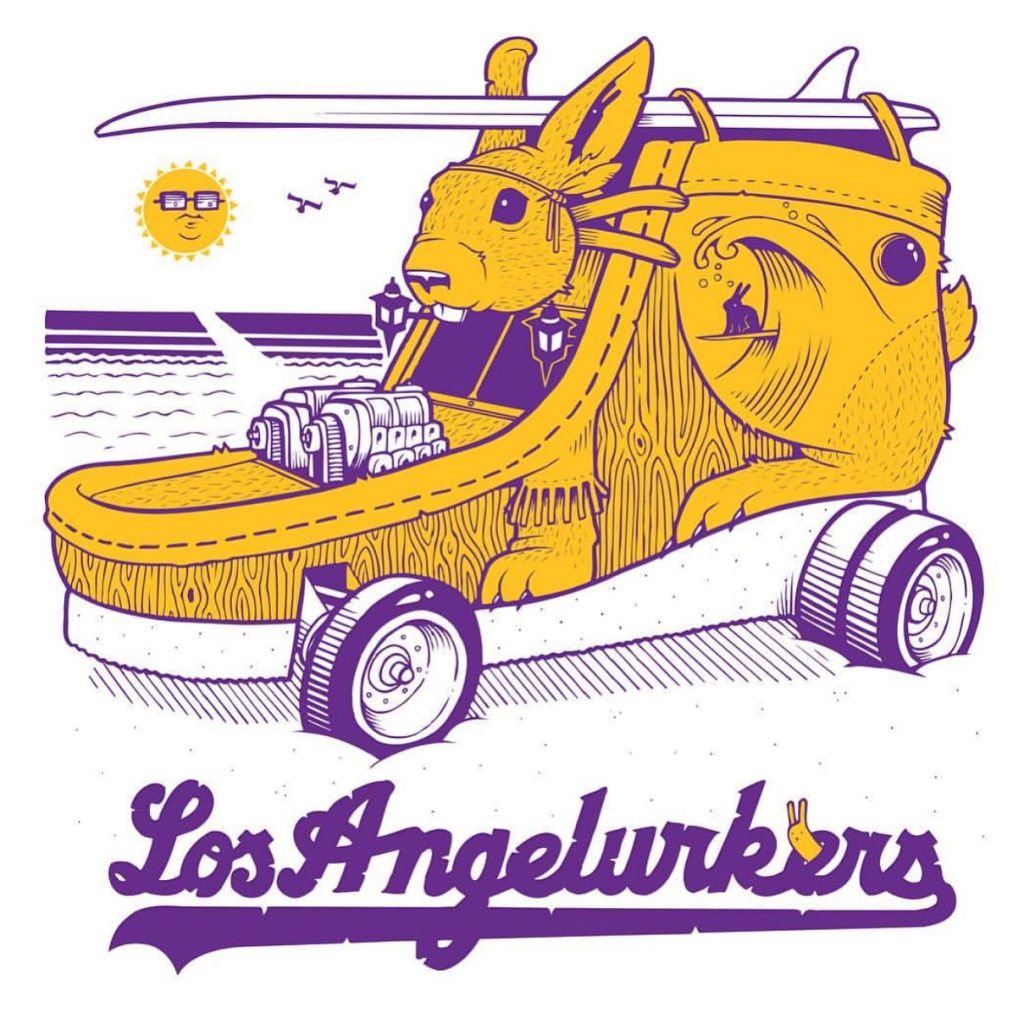 Jeremy Fish’s latest print that was released at his opening June 25th at Thinkspace Gallery is now available online. The shows body of work was inspired by all the things Fish loves about Los Angeles; drawing on concepts and characters connected to friends and personal experiences, along with 70’s and 80’s pop culture. Clearly Jeremy Fish’s new print “Los Angelurkers” is screen printed in Lakers yellow and purple with his signature bunny riding along the coast. A perfect new edition to the home of any Los Angeles native.

You can purchase this print through http://thinkspacegallery.com/shop/.