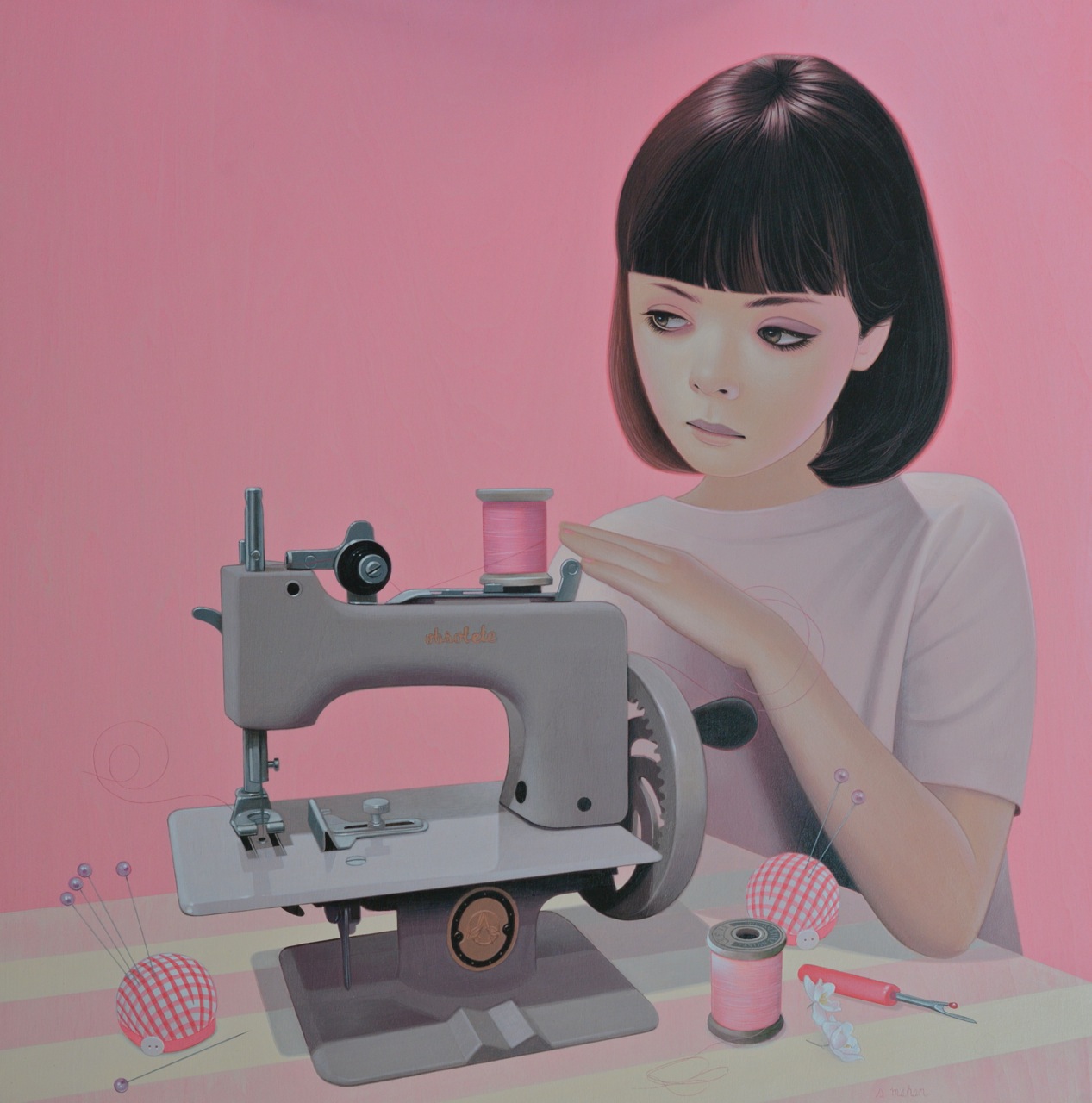 Concurrently on view in the Thinkspace project room is Rendered Problematic, featuring new works by Sean Mahan. A mixed media painter from Florida, Mahan creates soft and subtle figurative works in graphite and acrylic washes on wood panel. A cultivated nostalgia persists in his paintings, as shadowy images of picturesque and serene children in light pastel and vintage palettes handle records, dated appliances, and classic sewing machines. The wood grain is preserved with a quality of transparency throughout, adding a dimension of warmth and organic variance to the works.

Mahan’s aesthetic conveys a human innocence and captures a strange sweetness, creating a feeling of quietude. His portraits convey an ambiguity of time and place; it’s a world of analog hand making and pre-digital youth, one of childhood simplicity unmarred by adult disillusionment. The consumption, impermanence, and disposable quality of modern culture is far from these idyllic scenes of contemplative pause.

The object figures prominently as both an implement and subject in his imagery, suggesting its primary role in the formation of identity. His works celebrate the outdated and obsolete by representing older technologies, objects, and cultural ideals in an attempt to interrupt the alienating, and dominant, momentums of discard and overuse.

Despite this seemingly idyllic staging in each piece, its stylized omissions point to a more complex set of issues. Mahan is interested in the formation of identity in normative culture, and the reductive imperatives that circumscribe it. Absent are any indications of that prescriptive outside world in his works. The subjects themselves are independent, suspended in an immaterial environment and displaced within the panel in the absence of defined physical space. This spatial ambiguity and sparsity contribute to a feeling of melancholy throughout, as though the images themselves offer an impossible beauty. 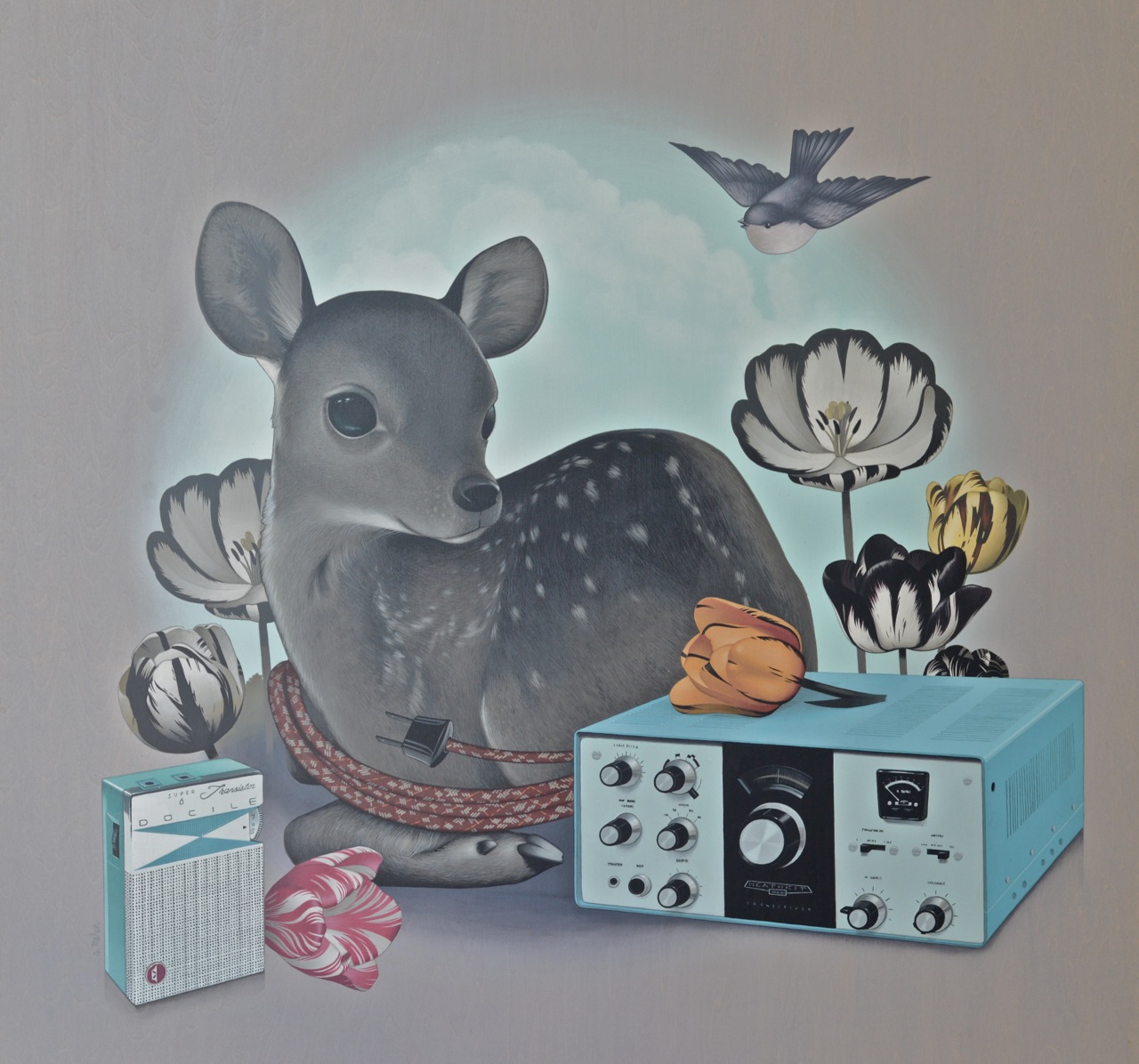 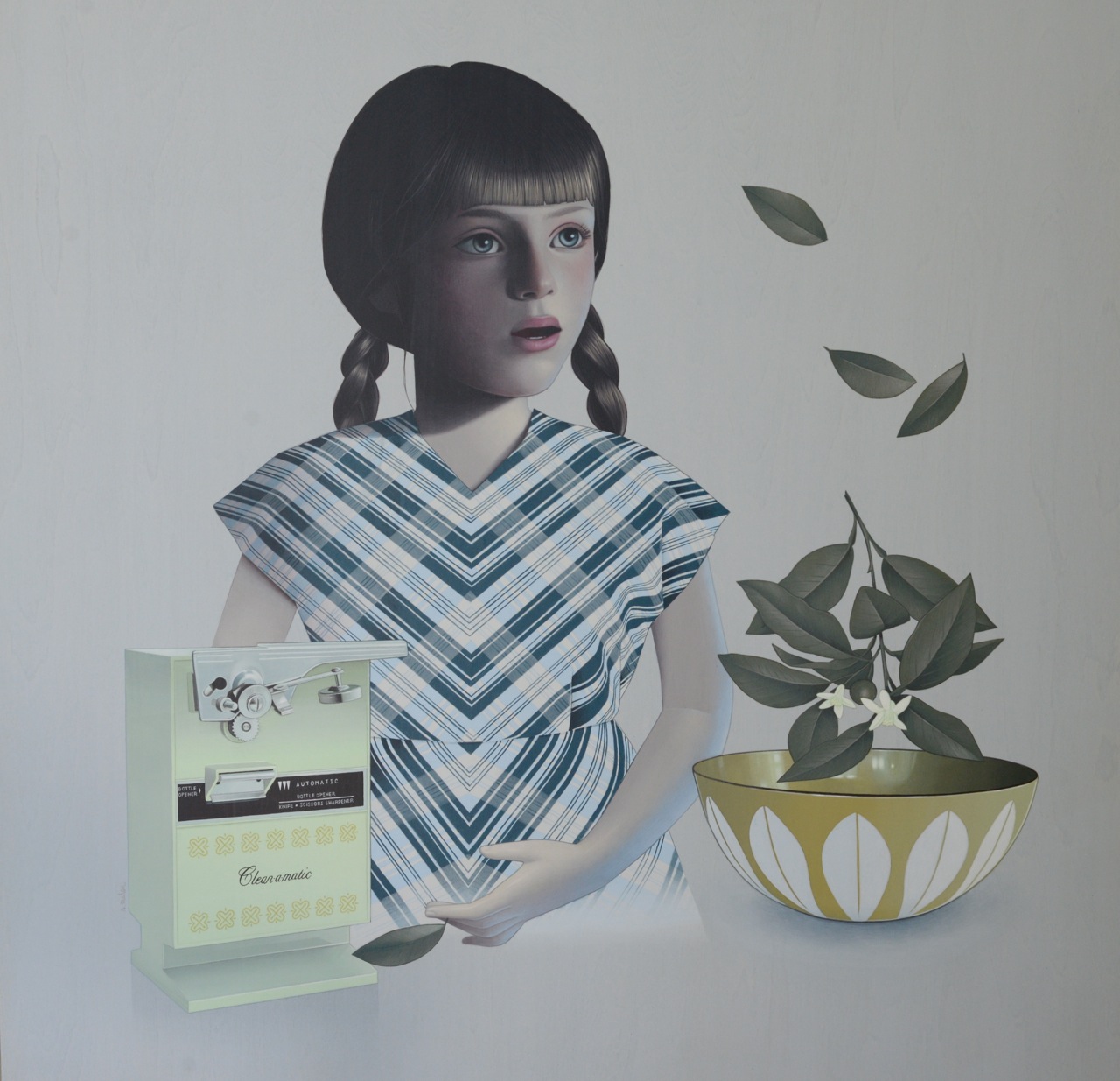 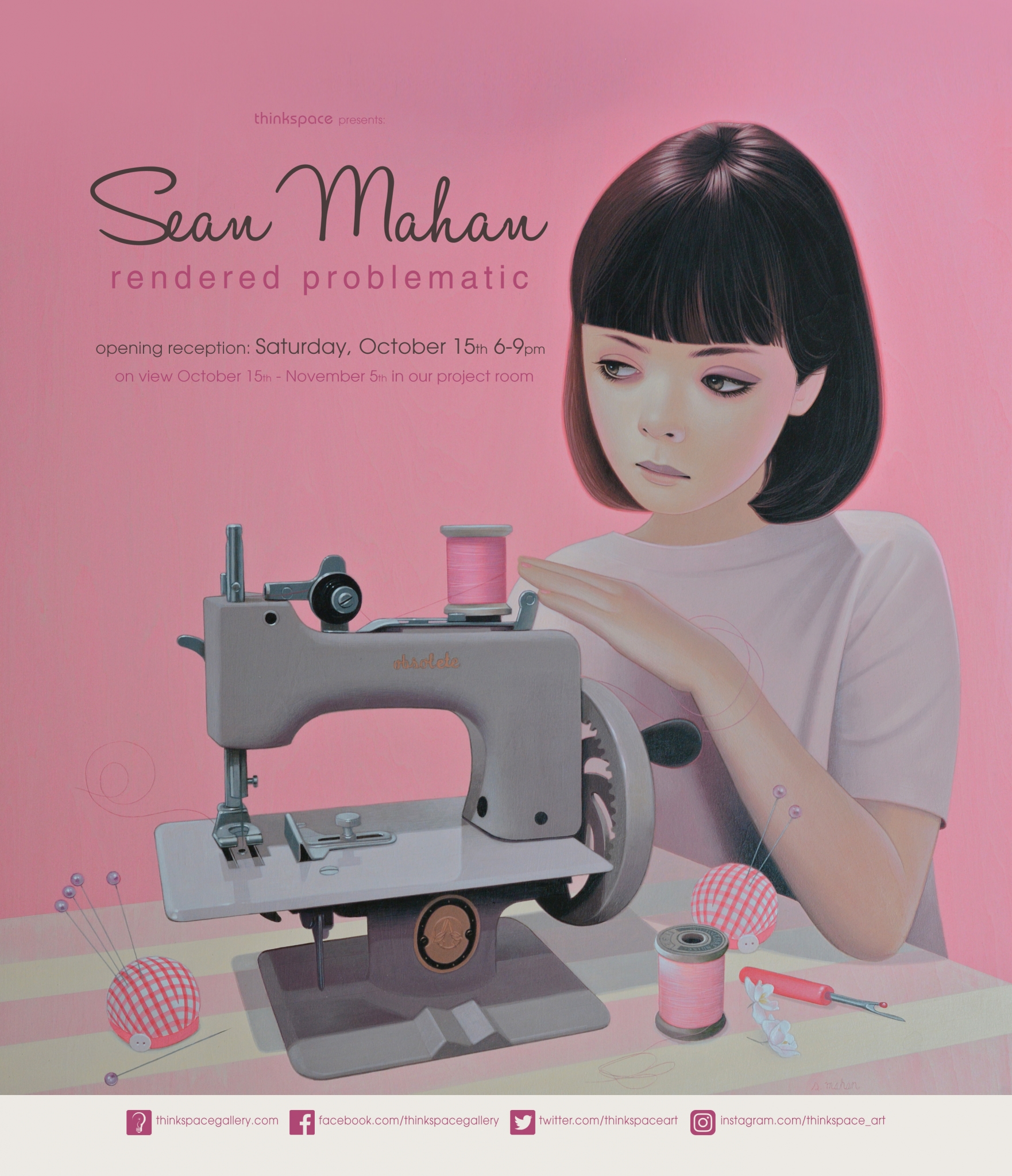