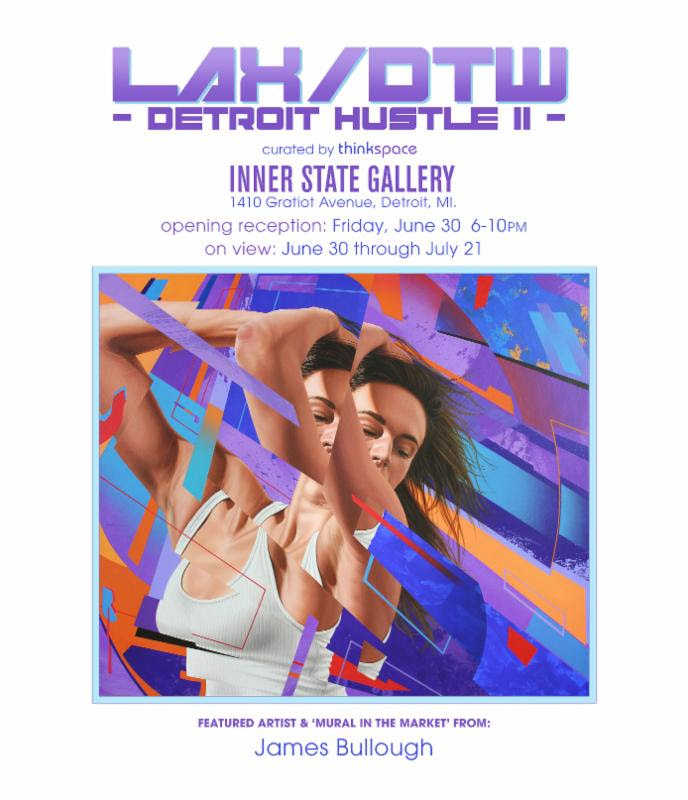 We’re in the final countdown with only two days left until the opening of LAX / DTW: DETROIT HUSTLE II at Inner State Gallery. The artists and artwork have landed in Detroit to fill Motor City with their signature works.

Artist Dan Witz has put up pieces from his Is It Safe Sanctuary series around the city as a part of the exhibition, and the infamous Stickman left his mark in numerous places around Detroit too.

However, the excitement continues inside the walls of Inner State Gallery as installations and murals are underway.  Ghostbeard and Patchwhisky collaborate on a mural for LAX / DTW: DETROIT HUSTLE II, while Meggs constructs a massive installation with the help of Miya Tsukazaki.

Join us this Friday, June 30th from 6 pm to 10 pm for the opening of LAX / DTW: DETROIT HUSTLE II with work from featured artist James Bullough, the completed interior mural from Ghostbeard & Patchwhisky, and installations from Drew Leshko and Meggs, in addition to a group exhibition showcasing the work of over 70 inspiring artists in the New Contemporary art movement.

And don’t forget to take your time while heading to Inner State Gallery too, you don’t want to miss the exterior installations around Detroit by Dan Witz and Skewville.

RAD Napa will transform the existing Cross-Town Commuter Path into a cultural corridor providing an experiential and educational trail celebrating our beautiful Napa Valley.  This will be accomplished by applying murals to the backs of buildings, installing sculptures, fence art, landscaping, gateway features, and more!

Thinkspace is honored to be the curator for the mural portion of this amazing project. This will be an ongoing, multi-year project spanning dozens of walls and featuring some of the biggest names in muralism.

Kicking things off this Thursday will be Bezt of Etam Cru in collaboration with Natalia Rak – both artists arrive in from Poland tomorrow afternoon and we can’t wait to watch them work their magic up in Napa Valley. 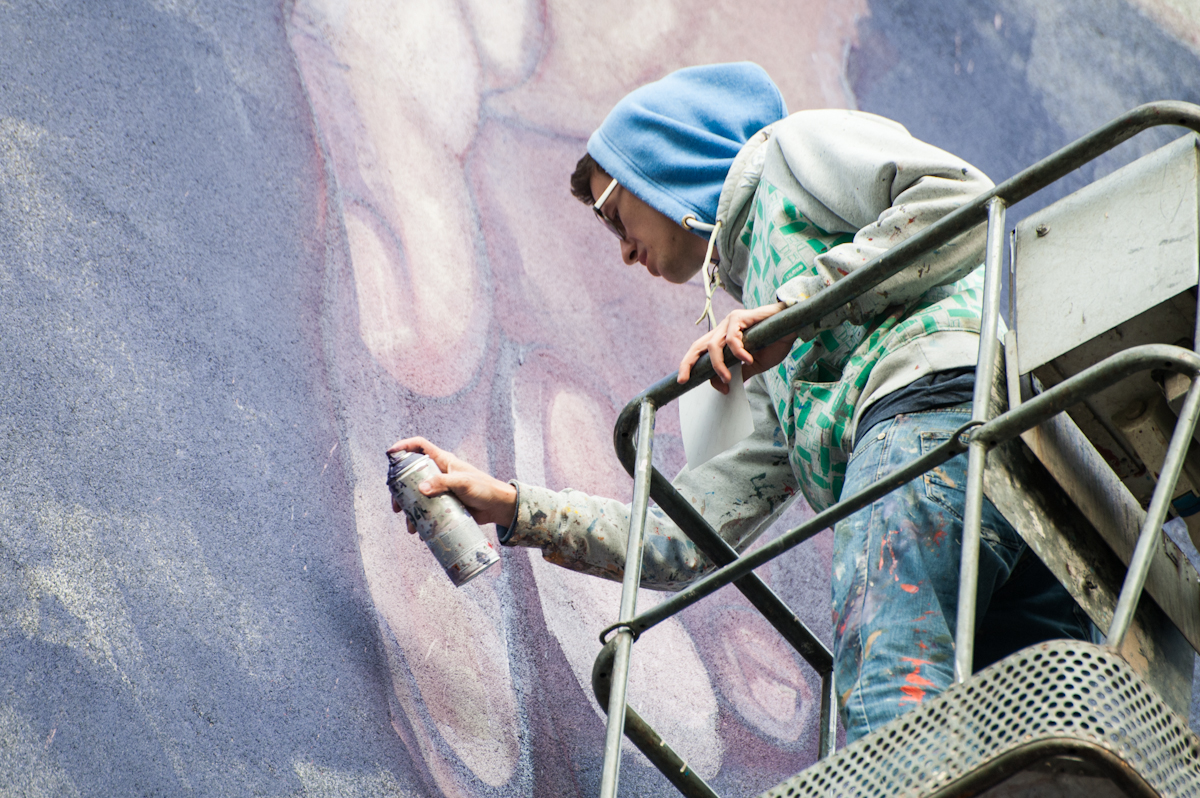 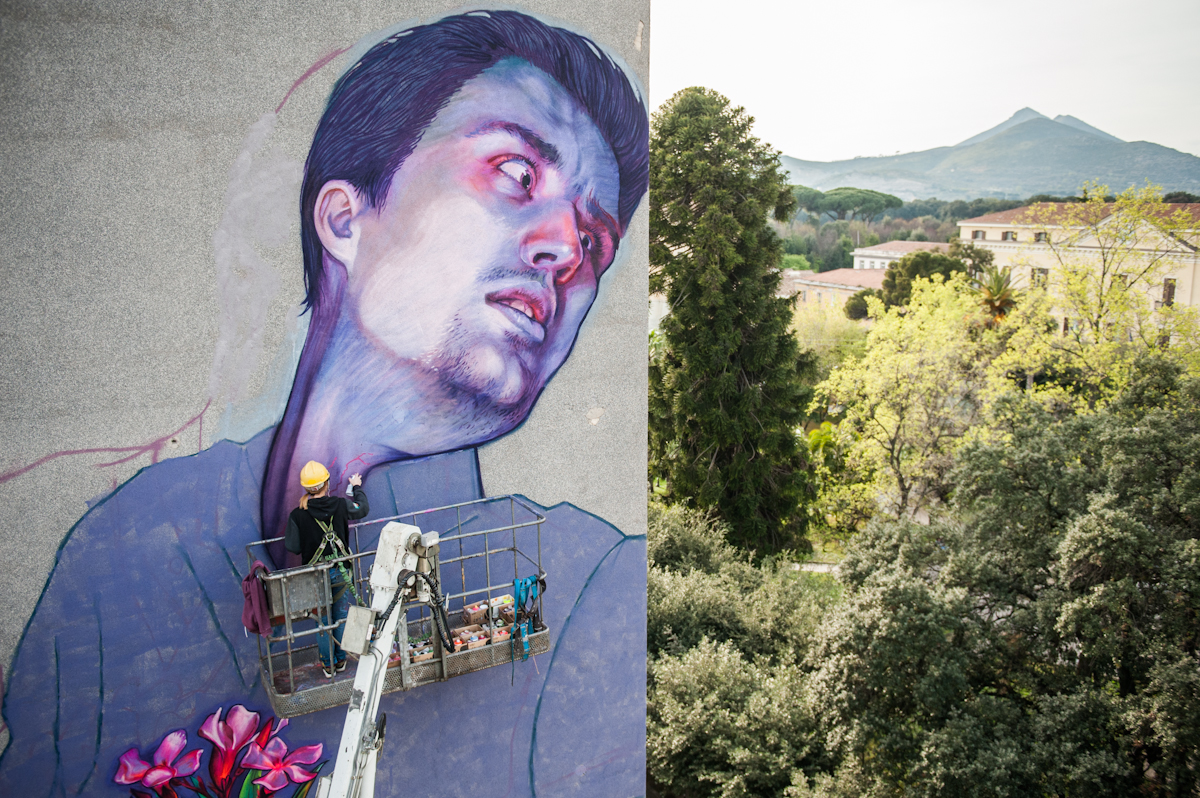 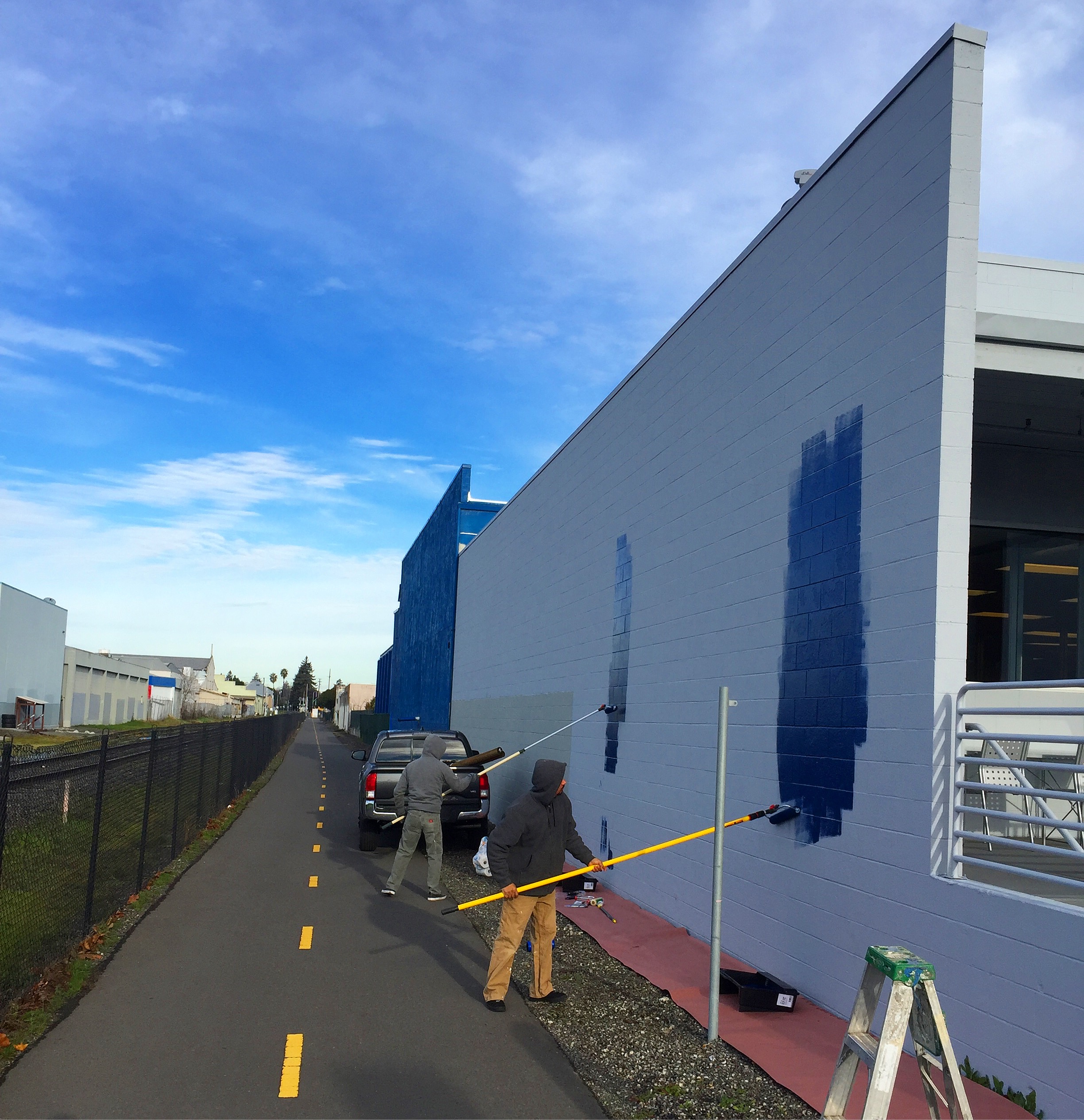 The wall in Napa being buffed for Betz

Coming up in March will be Felipe Pantone from Argentina, followed by Cinta Vidal in April. More projects currently in the works. Plans are to have 6-8 walls created annually. We will have Birdman on scene documenting all the goodness, so we will be sure to share some progress later this week. 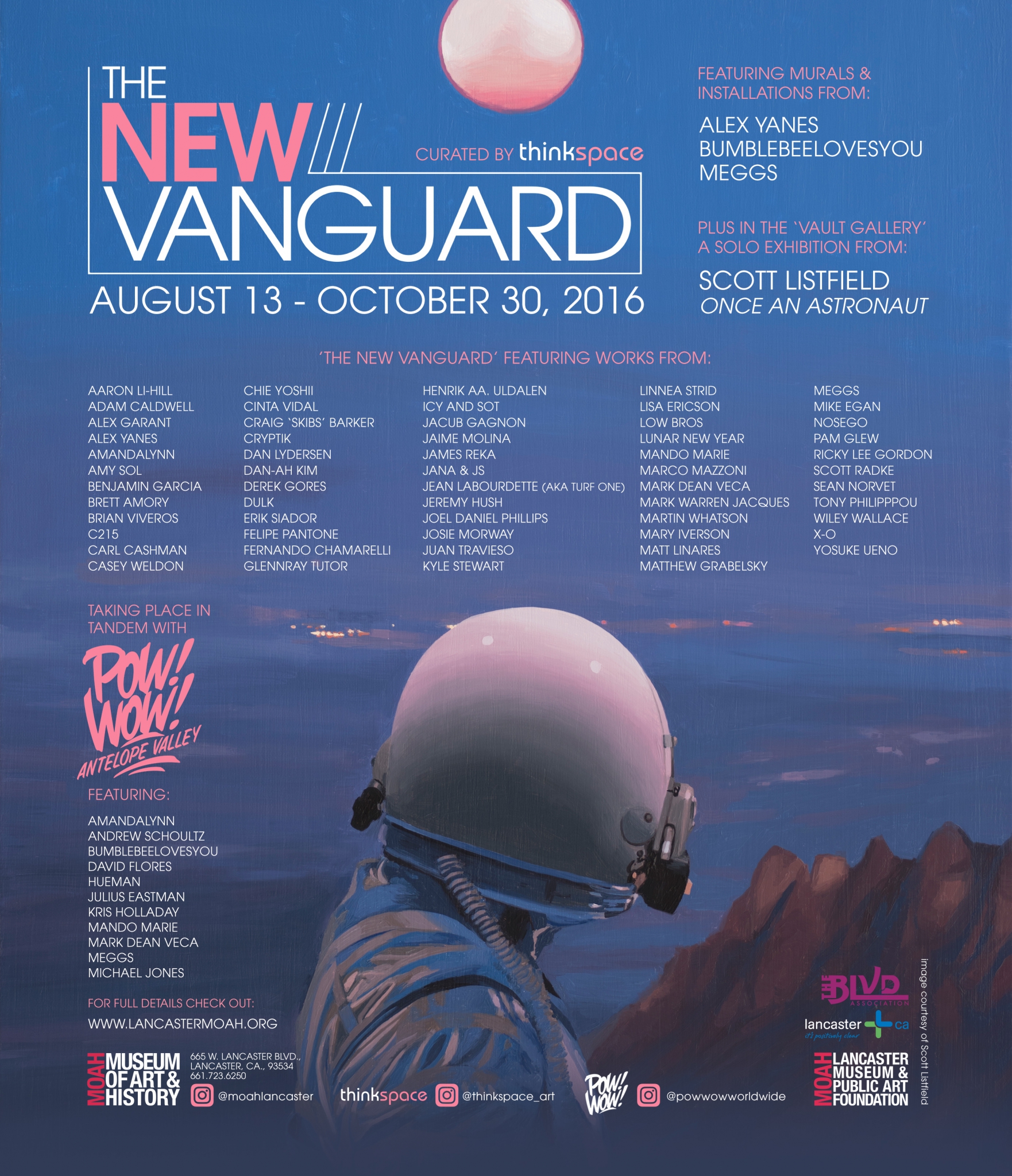 The Lancaster Museum of Art and History, in collaboration with Los Angeles’ Thinkspace Gallery, is pleased to present The New Vanguard, featuring works by over 55 artists from the New Contemporary Movement. The exhibition will present one of the largest cross-sections of artists working within the movement’s diverse vernaculars, ever shown within a museological context in California to date. An ambitious compilation, The New Vanguard will bring together some of the most relevant and dynamic artists currently practicing from all over the world. The exhibition, opening August 13, will take place in tandem with this year’s installment of POW! WOW! Antelope Valley.

The POW! WOW! Antelope Valley project will include public works by Amandalynn, Andrew Schoultz, Bumblebeelovesyou, David Flores, Julius Eastman, Kris Holladay, Mando Marie, Mark Dean Veca, Meggs, Michael Jones and Yoskay Yamamoto. All the works will be centered around the area of the museum, with David Flores actually adorning the backside of the museum with a massive new mural.

Historically, the New Contemporary movement has largely been relegated to spaces outside of art institutions and other arbiters of the “high,” whether it be urban spaces or subcultural haunts. The movement, having had to create contexts for the reception of its work and support of its community, has never had the fixity of a singular genre – or its limitations for that matter – but rather has prospered under a fluidity, expanding into all manner of techniques, expressions, media, and spaces. This exhibition is significant in that it marks a period of transition in the vetted visibility of this movement and its artists, as it has become increasingly celebrated and acknowledged, not only within the context of popular culture but the institutional framework of museum spaces. No single art movement in recent memory has grown as exponentially in acceptance, visibility, and popularity in as relatively short a period, a phenomenon that attests to the power and sway of its cultural presence.

Perhaps most unified by its lack of stylistic exclusion, the New Contemporary movement, long helmed by its simultaneous embrace of multiple elements, incorporates narrative, the surreal, the gestural, the abstract, the figurative, and the illustrative. With no single defining formal or conceptual armature, the work produced by this new generation of artist is responsive, reactive, emotive, and grounded in the social. The New Vanguard highlights the imaginative breadth of these New Contemporary artists, showcasing the limitless potential of an art movement that began without walls and has now infiltrated galleries and museums the world over.

The Lancaster Museum of Art and History is dedicated to strengthening awareness, enhancing accessibility and igniting the appreciation of art, history and culture in the Antelope Valley through dynamic exhibitions, innovative educational programs, creative community engagement and a vibrant collection that celebrates the richness of the region.