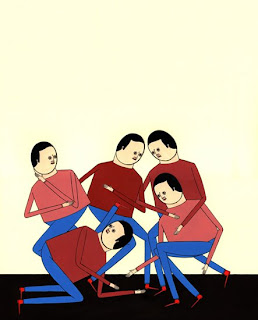 An interview with Matthew Feyld
Matthew Feyld is a Saskatoon, Saskatchewan (home of Olympia brewing) based artist. His creative process is a combination of imagination and reality. Feyld’s work creates an on going narrative, often drawn from real events, and experiences leaving a large amount of room for interpretation. Ink, watercolour, and acrylic are the tools he uses to create a world where both human and animal share more than just their boots. Feyld has exhibited with Krets (Malmo, Sweden), Together Gallery (Portland), Cinders (Brooklyn), Giant Robot (NYC, San Francisco), Rough Trade (London, England), Grasshut (Portland), Tag Art Gallery (Nashville), The Untitled Gallery (Melbourne, Australia), BLVD. Gallery (Seattle), Third Drawer Down Gallery (Victoria, Australia), Galerie Rouje (Quebec City, Quebec), Boontling Gallery (Oakland), Mendal Art Gallery (Saskatoon, Saskatchewan), and several others. His work has been published in the NY Times Magazine and Ruby Magazine and has been included in numerous art fairs including last years Bridge Art Fair in the UK as well as the Aqua Art Fair and Gen Art Vanguard during Art Basel in Miami.
1) Please talk a lil’ bit about the general idea/vibe behind your new series of works for your upcoming solo show with us.
In this new series of work I’ve been focusing a little more on the paintings, and a little less on the drawings (for now). The vibe of the work I would hope varies from individual to individual. But I think the work loosely recreates everyday life in a fragmented, lonely, and sometimes funny way. 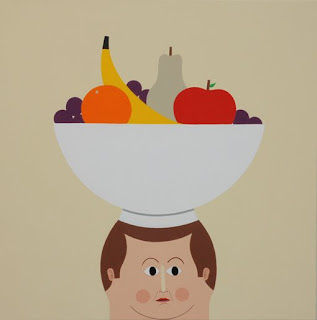 2) The new works feature a good bit of pottery/ceramics, just curious if any symbolism there.
Okay so about the pottery, in this show there is quite a bit of pottery/ceramics. Apart from it being just an image that i find very inspiring, I’m attached to the idea of the pottery taking on almost a human like trait. Alot of people in the new series of paintings are alone on the panel, holding onto inanimate objects such as bowls, pots, vases, etc. Kind of loosely symbolic of the fragility of ourselves, or the things that make us, us. I dont know, kind of along those lines, but also I’m just very much into old still life’s, and find pottery, porcelain, ceramics very inspiring.

3) What’s your earliest memory involving art or creating art?
When I was young I used to spend my afternoons, and most weekends with my aunty who at the time was a full-time artist. She would always encourage me to draw, which would generally result in me drawing whatever was on TV fused with whatever wildlife she happened to be painting. She recently told me she has kept all these drawings in a portfolio over the years. I can’t wait to see them.

4) When are you most productive / when do you normally work on art?
I like to start pieces in the evening, and finish them when I wake up. But I just work when ever it hits me.
Studio shot of works in progress 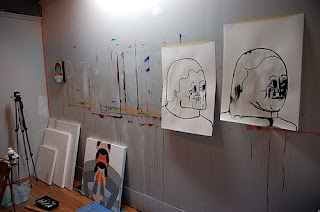 5) In your earlier days you used to go out bombing trains. Any classic tale of late night mayhem you’d like to share with us? Do you still go out and get into mischief from time to time or ?
To quote one of Canada’s finest..
“What happens in the train yard stays in the train yard.” – Other 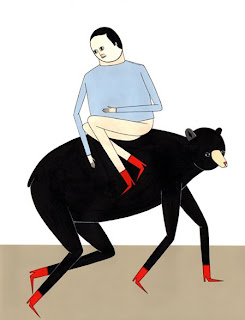 6) For those new to your work, can you give us a lil’ background on the meanings associated with some of your recurring characters like your bears and birds.
As far as meaning goes, I think that it is really open ended. I feel that the animal imagery lends to the mystery of a piece, and can stir up different feelings, and emotions than that of the human figure.

7) What’s up with the eyes on your character’s boots/feet?
I don’t know, these things have just came out of drawing excessively. I haven’t been drawing eyes on the boots for quite some time now, but I mean who doesn’t like to see where they are going. 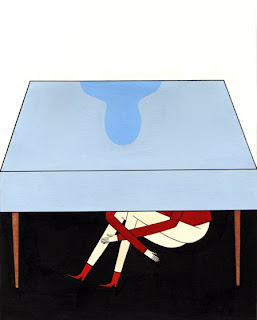 8) Tell us something about yourself that someone would never guess in their wildest dreams.
I don’t like horses, at all.

9) Do you listen to music while painting/drawing? If so, do you have a current favorite that inspires?
Yes, music is very important to me. It’s always on, painting/drawing or not. I like different kinds of music for the different activities that I’m doing. If I’m at the studio sometimes I’ll play blues for hours, and hours, sometimes its just old rap. Sometimes it’s Captain Beefheart all day long. I also like to have movies playing in the background as I paint. 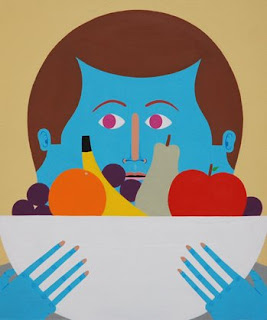 10) If you had to explain your work to a stranger, how would you do so?
Over some noodles.

11) Favorite artist (living or dead) and what makes them special to you?
Some of my favorite artists would have to include some of the Canadian Inuit artists such as, Peter Pitseolak, and Jessie Oonark, as well as the masters, Paul Klee, De Kooning, Philip Guston, to name a few. 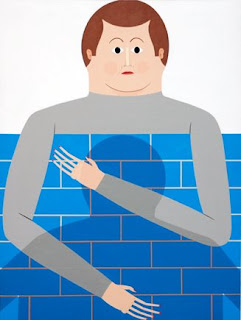 12) What have you got coming up in terms of shows and projects after your solo show with us?
I will be having a solo show at Krets Gallery in Malmo, Sweden in May – June. As well as a group show at Together Gallery in Portland this May, and I think I’ll be heading out to Islands Fold for a residency in June.

13) If people walk away with one thing gained from seeing one of your exhibits, what would you hope that would be?
Hopefully a smile. 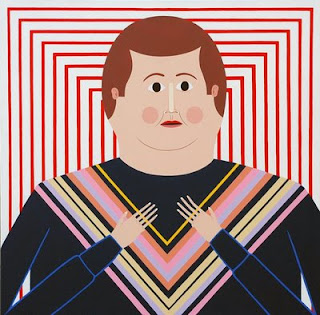 14) What are you doing right after this interview?
Just about to get back to work, thanks Andrew.

Keep up with Feyld at his blog here. 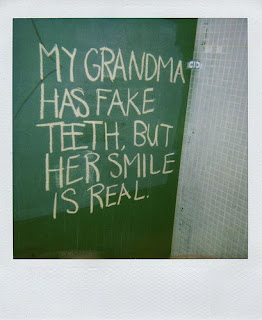