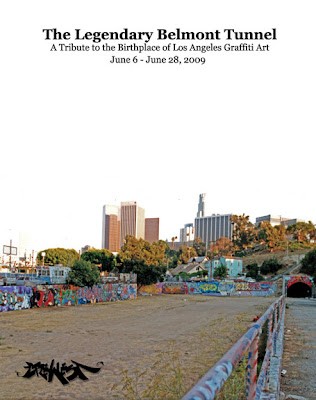 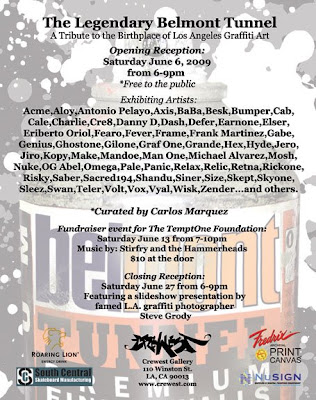 With the influx of Hip Hop culture from the East Coast in the early 1980’s, the graffiti movement began to take shape in Los Angeles. Young graffiti artists began searching for their own voice and spaces to create. One space that became crucial to that development was the Belmont Tunnel. Due to its central location in Downtown LA and open layout surrounded with massive walls, it quickly became the city’s most popular urban canvas. Over the next 20+ years, Belmont became a meeting place for hundreds of developing graffiti artists to hone their craft, settle their differences through graff battles, and pass on codes of ethics to the next generation. Although the tunnel no longer exists and has now been turned into The Belmont Station apartments, the impact it had on the development of Los Angeles graffiti art will not be forgotten.
Opening Reception: Saturday, June 6th 6-9PM
Crewest Gallery
110 Winston St. in Los Angeles
(213) 627-8272
www.crewest.com