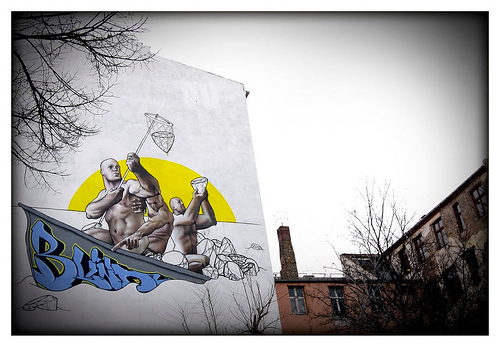 The MA’Claim crew began back in 1999 when Akut, Case, and Rusk starting collaborating together. During their initial years together the trio focused mainly on Weimar, Germany. It was Rusk who first connected with Tasso and from there things took off quickly. Each of the four artists already had amazingly strong photorealistic spray skills on their own and together they complemented each other just perfectly and became a force to be reckoned with. It was Tasso who dubbed the crew MA’Claim in January of 2001.

First up, be sure to roll by the Boombang design firm at the corner of Motor and Palms Ave in Los Angeles this Mon, Sept. 20th – Fri, Sept. 24th to catch MA’Claim at work on a large-scale mural installation… you just have to see these guys at work! 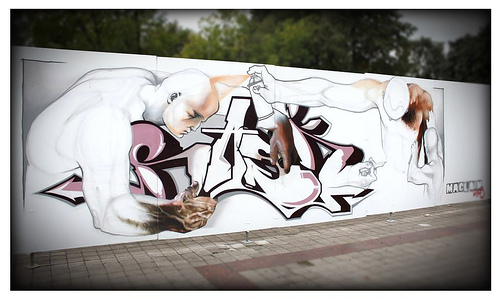 Secondly, be sure to roll by the Goethe-Institut this Sat for a special live-painting installation followed by a panel discussion with MA’Claim, Retna and journalist Tom Kummer. The Goethe-Institut has commissioned the crew for an artistic commentary on the state of the Earth in an era of climate change.