Sandra Chevrier | Cages and the Allure of Freedom
The Montréal-based Canadian artist creates mixed-media works that explore identity as a locus of competing imperatives and complex contradictions. Drawing parallels between the assumed invulnerability of the superhero and the impossible demands placed upon the contemporary individual, Chevrier creates literal and metaphoric masks by combining comic book imagery assembled from found and imagined sources. Her dystopian spin on the iconic figure of the superhero looks to reveal the flaws in the staged extroversion of the superficial veneer.

In Cages and the Allure of Freedom, her first significant solo museum presentation, Chevrier will be showing three life-sized, hand-painted sculptural busts for the first time alongside new two-dimensional works in acrylic, graphite, china ink, and pastels.

Seth Armstrong | Lil’ Baja’s Last Ride
Los Angeles-based painter Seth Armstrong creates paintings that seize time, near-cinematic moments of suspended or implied action. Some offer vast views, and others contracted intimacy, moving freely in and out of public and private spaces to create ambiguous vantage points. Known for paintings that self-consciously capture the act of looking – whether as a voyeur in trespass or a participant in the landscape – Armstrong captures the simultaneity of the city as a place of endless, contingent narratives, jarring interruptions, and suspenseful pauses. 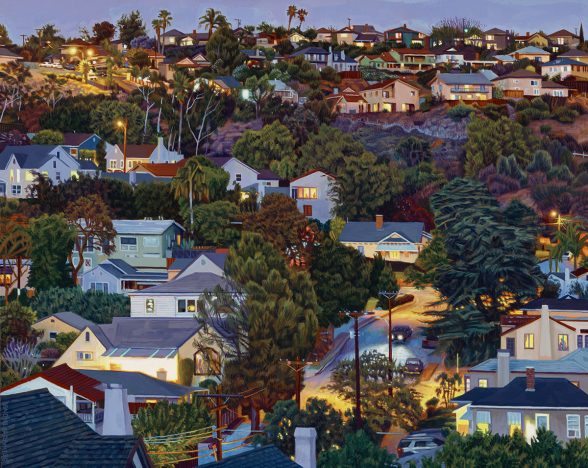