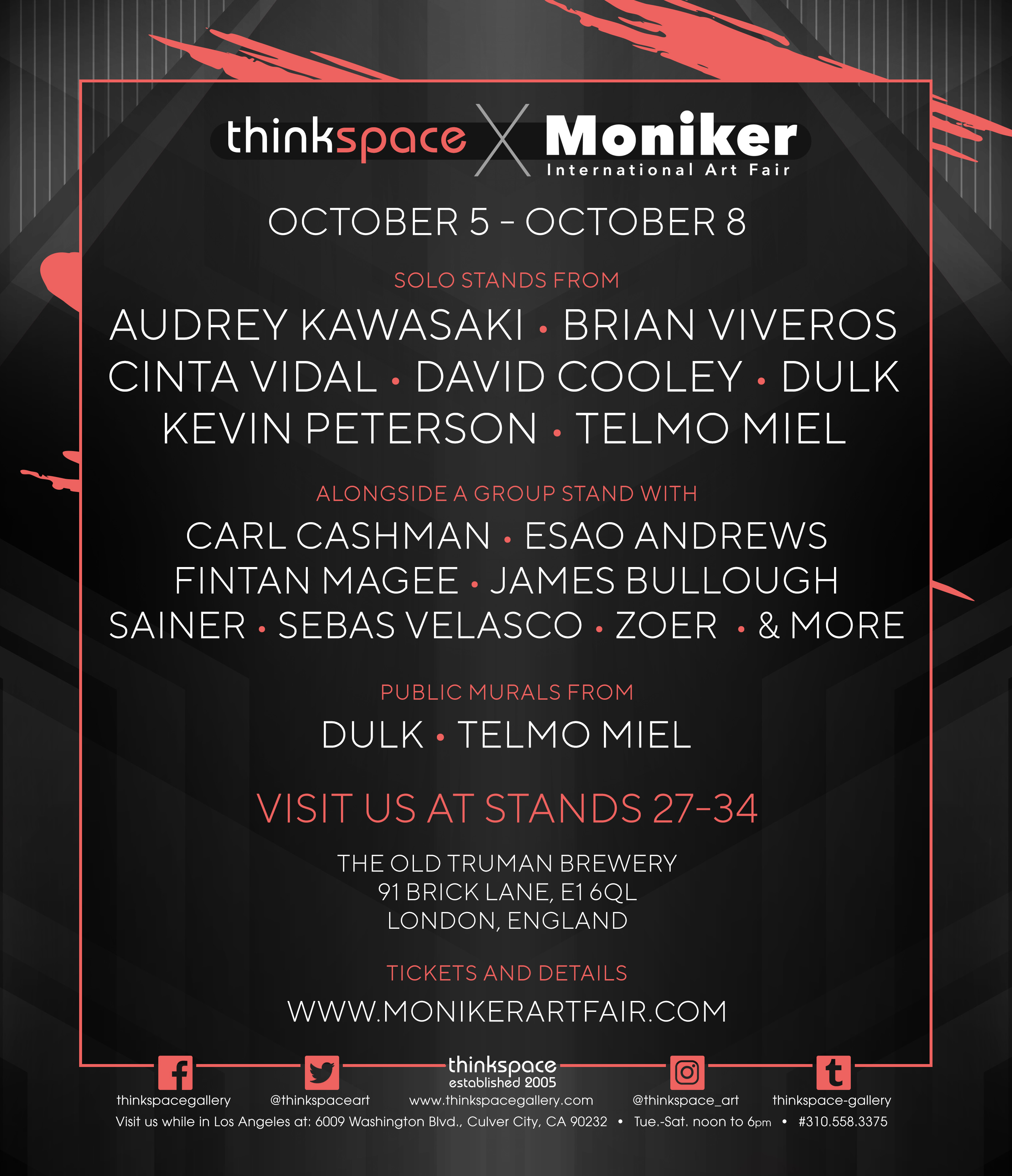 We had an amazing time at the Moniker International Art Fair, but don’t take it from us. Below is a few press placements highlighting our Moniker takeover.

Worth mentioning is the vast, eight-stand takeover by leading Los Angeles-based gallery, Thinkspace. In the first five hours of sales, the California gallery reported an income of over £100,000 across its group show and seven solo exhibitions, including the UK debut of Audrey Kawasaki, whose lowbrow artworks command between £15,000-£25,000 on the market, and other stands dedicated to Kevin Peterson, David Cooley, Brian Viveros, and Cinta Vidal. – Art Net

“(Thinkspace are the) mandarin of the graphic and urban art scene.” – Financial Times 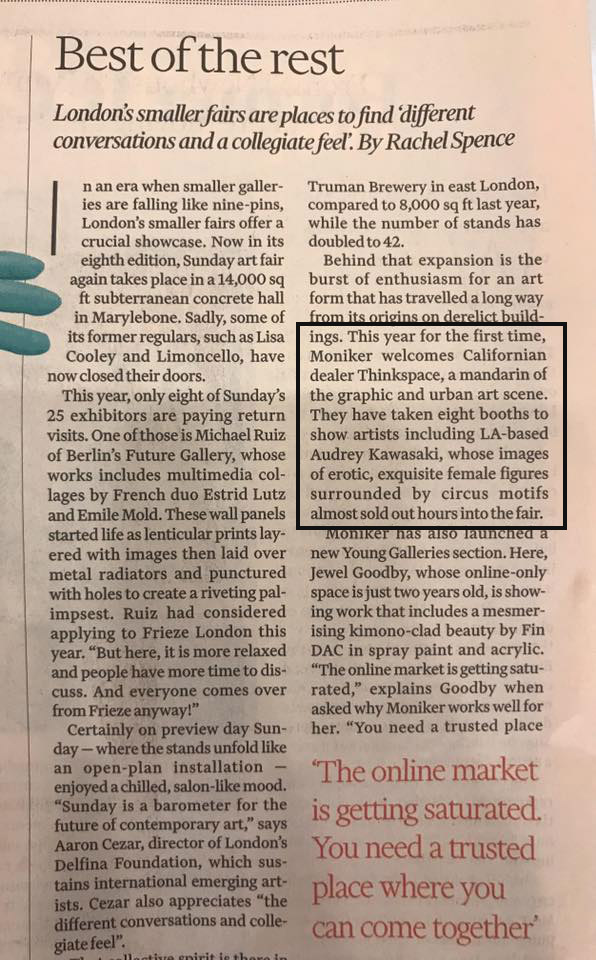 Thinkspace Gallery visiting from LA stole the show with an incredible 7 solo shows and one group exhibition – two of which sold out entirely on the preview night – with Dulk’s solo show ‘Extinction’ being our favourite show of the event.  – London Calling Blog