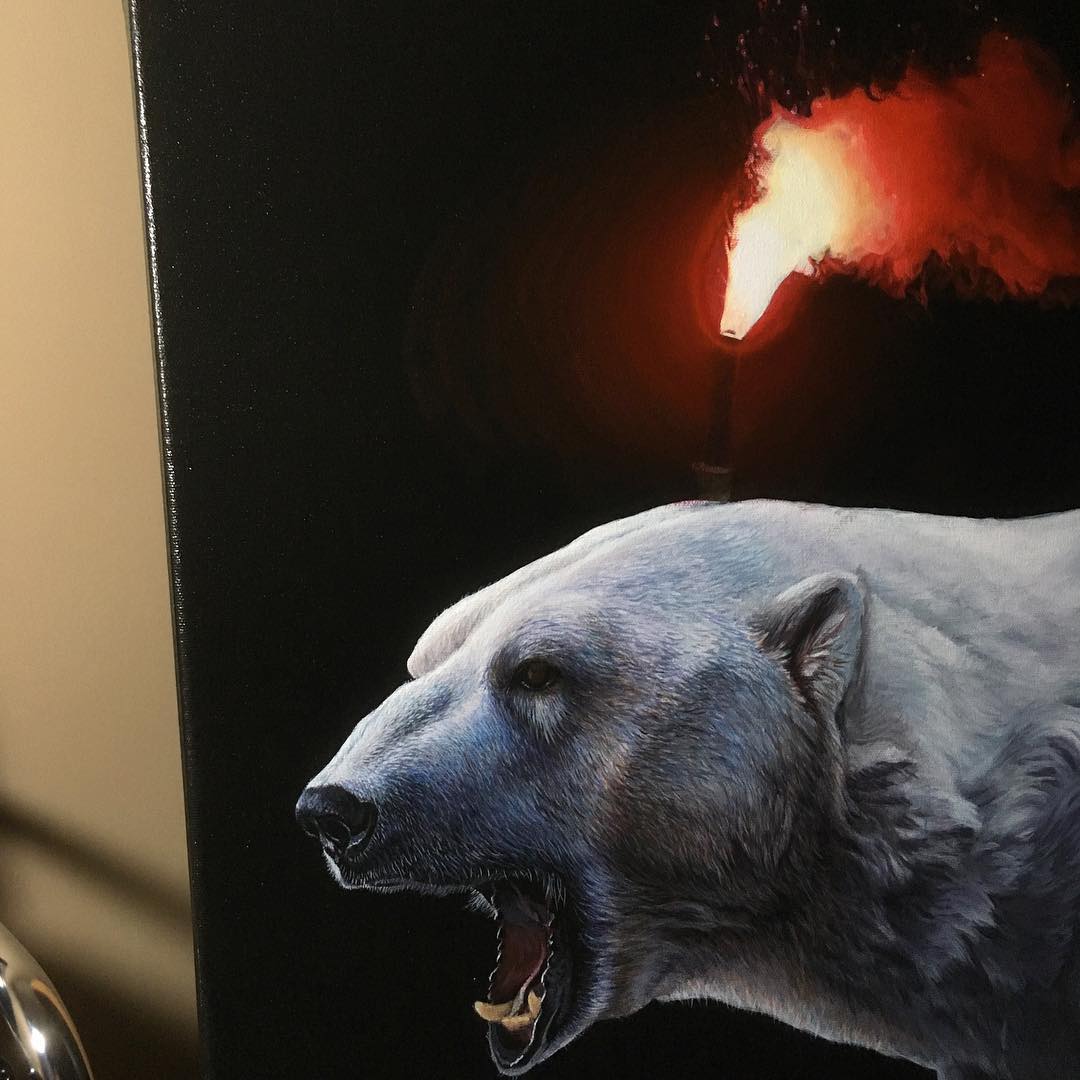 If we referred to Jacob Gagnon’s work from “Short Stories” as stories themselves, then there would only be two left to read. A nearly sold out exhibition, Gagnon’s work is filled with whimsical narratives of compositional wordplay and at times translating the real world into the unreal at the delight of collectors.  Below are a few words from Jacub Gagnon regarding the available works from Short Stories. 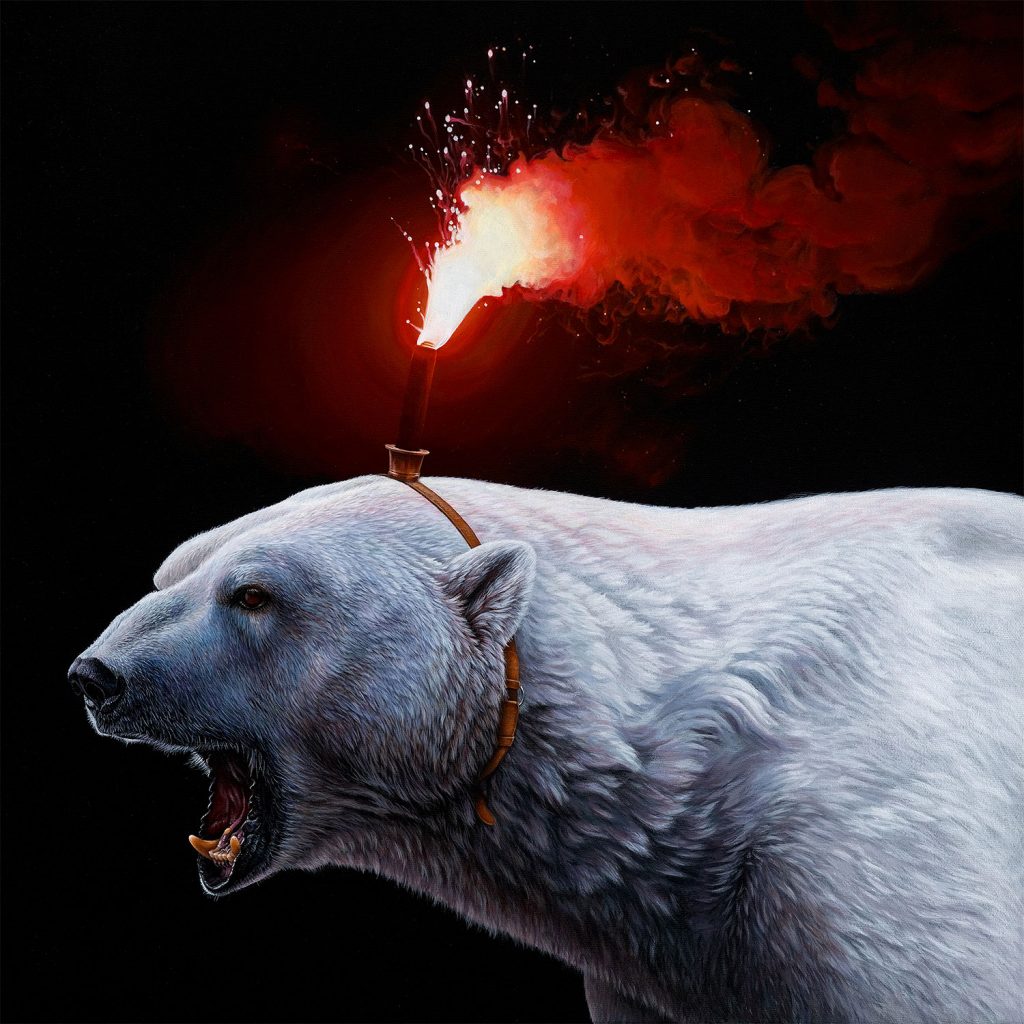 “Polar Flare”
The flare is struck, the roar of its signal matched only by the bear’s cry for help.  The Polar Bear’s habitat is vanishing; the sea ice is melting, and as a result of the changing ecosystem the current status of the Polar Bear is vulnerable.  With this painting, I tried to express both the emotion and urgency of this situation. I want the viewer to hear the call and I want it to elicit a strong discourse.  Furthermore, I believe this painting to be a symbol to spark change.

“The Belly of the Beast”
Based on the concept of a Matryoshka doll (Russian nesting doll), I tried to represent a natural food-chain with each respective predator’s prey in its belly.  I’ve taken some liberties in doing so but enjoyed “stacking” these mammals one inside another.  The title can be interrupted in an obvious manner with the leopard being the beast, or rather in the reverse, with the rabbit being the beast consuming the blade of grass.  I like to think the latter is true and hope to reprise the role of “the beast” in a subsequent painting.