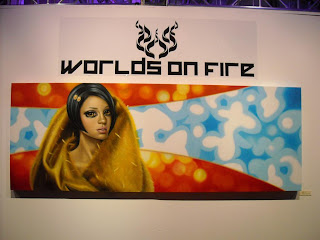 Thanks to will.i.am and Justin Giarla of the Shooting Gallery along with Kris Lewis, the worlds of music and contemporary art collided head on last night in the heart of downtown Los Angeles’ art district for the VIP opening of Worlds On Fire. The invite-only GenArt sponsored event was packed from the jump off and heated up as the night drew on. 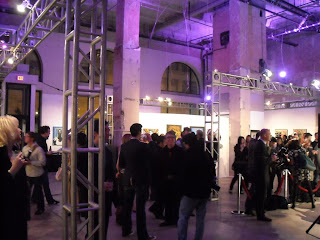 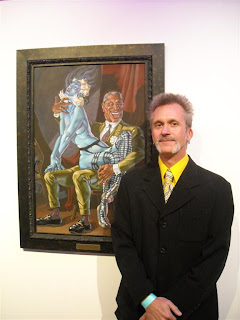 Van Arno in front of his stunning BB King portrait. 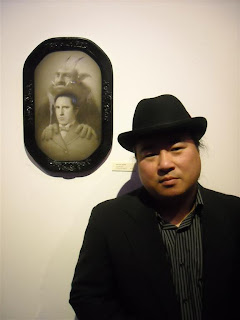 Travis Louie with his portrait of Trent Reznor (NIN). 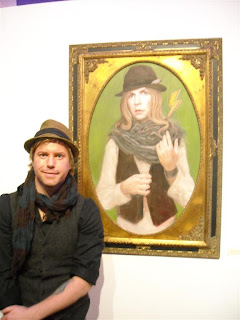 Kris Lewis alongside his portrait of Beck. 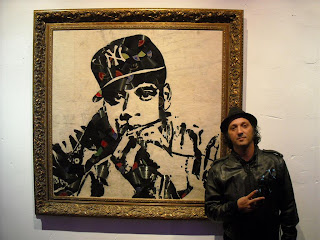 Mr. Brainwash alongside his mosaic piece of Jay-Z made out of old vinyl LPs. 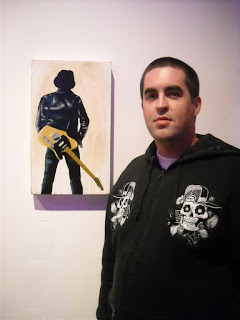 Mike Maxwell poses with his piece of ‘The Boss’, Bruce Springsteen. 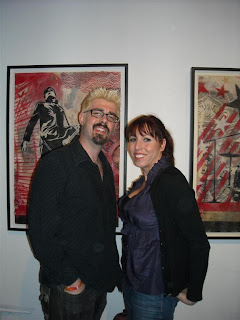 Artist couple Brandt Peters and Kathie Olivas were in town for Brandt’s show at 1988 (opening this evening) and popped in to support their close friends Sas & Colin Christian and take in the festivities… if you get a chance, be sure to check out Brandt’s debut solo over at 1988. 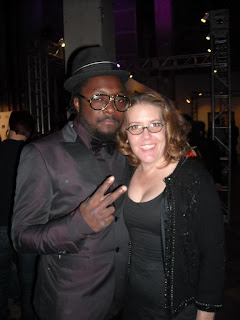 Shawn from Thinkspace with man of the hour will.i.am 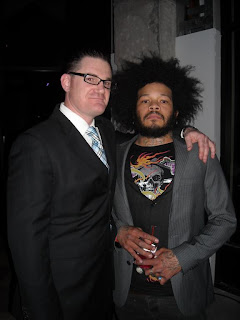 The man who pulled the show all together – Shooting Gallery‘s Justin Giarla with up and coming monster Henry Lewis. 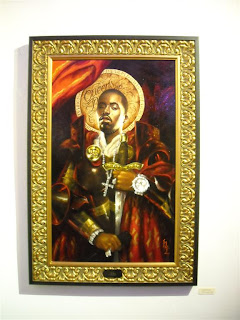 Speaking of Henry Lewis, his portrat of Nas was one of the showstoppers in our opinion… 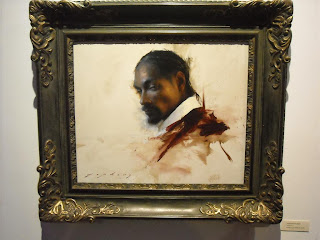 As was this stunning portrait of Snoop Dogg from Jeremy Lipkin. Just amazing – one of the best in show by far.

Some great photos can also be found here and here, as well as images of most of the works in the exhibit – so be sure to check out both AM and Daily D for more.

Each of the show pieces will be sold by silent auction with the proceeds going to the Peapod Foundation.

Worlds on Fire runs through Sunday February 8th, so there’s still time to catch this killer exhibit. For full details and hours check out http://worldsonfire.dipdive.com/